In a budget that left the Australian Treasury with a $1 trillion deficit, the $240.4 million pledged to directly supporting women has been widely judged as pretty dismal.

The women’s economic security statement lumped a whole bunch of ‘women’ problems into one, promising to close the gender pay gap, support women as leaders and role models, support women to be safe at home, and “respond to the diverse needs” of women — whatever that means.

And, when it comes to boosting women-led businesses, there’s not a whole lot here, either.

First, the government’s Boosting Female Founders initiative has been extended, with $35.9 million pledged over the next five years, designed to offer women access to mentors.

Some $14.5 million has also been pledged to grants, including a women in STEM entrepreneurship grant, however, the value of this particular initiative is unknown, as of yet.

But, crucially, there was also a glaring lack of childcare support — an issue that is intrinsically intertwined with women in entrepreneurship.

“It doesn’t have to be so hard”

“I expected more from a country like Australia,” Cortina McCurry, co-founder and chief of women’s health startup Caia tells SmartCompany.

In the past year, McCurry has not only founded her women’s health startup and launched it during a pandemic, but she’s also given birth to twins.

Now, she’s heading up her business from home, while taking care of a four-year-old and two new babies.

As a woman, a parent and an entrepreneur, McCurry says there wasn’t much love in the budget for her, or for other entrepreneurs like her.

On the one hand, McCurry says there is “no way in the world” she would have been able to do her previous job in her current home situation.

As chief executive of Caia, she’s able to plan her schedule around what works for her and her family, she notes.

“That flexibility is priceless,” she says.

On the other hand, more than ever, she sees the need for childcare, both for women working as employees in ‘traditional’ jobs, and for those running their own businesses.

For a lot of women, childcare is “prohibitively expensive”, she says.

McCurry stresses that her own partner is supportive in sharing household responsibilities. But, that’s not the case for everyone.

“Where are the extra hours in the day? Somehow we just grit our teeth and get through it,” she says.

Dr Meraiah Foley, deputy director of the women and work research group at the University of Sydney Business School, has done the research here. 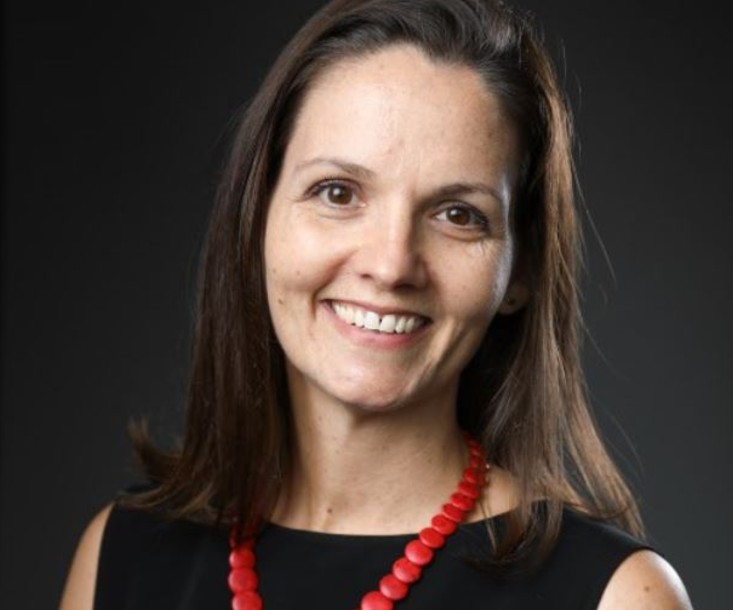 “What I found in that research is that a major motivator for Australian women starting small enterprises, particularly after having children, is the lack of flexibility and support for organisational employment,” she tells SmartCompany.

When it comes to Tuesday’s budget announcement, “I have concerns on a couple of levels”, she says.

First and foremost, she notes the glaring lack of funding for subsidised childcare.

The cost of childcare is what Foley calls a “push factor” for women in ‘traditional’ employment.

“A lot of the women who had started businesses after they had children had done so because they couldn’t access high-quality, flexible work, and balance that with the cost of childcare and the demands of unpaid caregiving in the home.”

We know the COVID-19 job-losses have disproportionately affected women, and the budget has arguably made it even harder for those women to re-enter the workforce.

The consequence is that we may well see more women starting their own ventures for lack of other options.

“In which case, I would say the support being offered in this $36 million package is woefully inadequate.”

“Unfortunately, it doesn’t shed light on what these initiatives will actually look like, how they will be enforced or how they will solve the real problems women face here,” she said.

“The plan uses generalised statements like ‘support women’s leadership in the workplace’ without a firm action plan to back it up.”

There’s a myth that continues to be perpetuated that the lack of women in tech is a pipeline problem, Radhakrishnan argues.

Having worked in tech in Australia and San Francisco, she says that’s not necessarily the case.

“Women choose to leave the tech industry because it can be a toxic environment, riddled with pay gaps and a lack of opportunity to advance, often due to a lack of diverse leadership,” she explained.

Rather than a vague promise of economic security measures, she would have liked to have seen increased funding for all underrepresented people in STEM — not just women — through scholarships and outreach.

She also calls for rewards for businesses that hire diversely and create supportive environments for their teams.

And finally, she wants the government to “require that corporations publish their leadership and salary statistics, including comparison of pay across gender and race for roles at the same level”.

Ahead of the budget announcement, Laura Conti, co-founder of #GoKindly also called for incentives for businesses to have women in leadership roles. More accurately, she suggested businesses that fail to promote women should be excluded from eligibility for government grants and programs.

“Women have been coming out of universities at the same rate as men for over 30 years,” she said at the time.

“If a business can’t find women for their leadership teams, they’re not trying.”

Now, she says the Morrison government has “disappointingly ignored the voices and needs of women”.

She too points to childcare as something that could have been “a game-changer”.

But, even some of the positive policies don’t go far enough for helping women-led businesses.

“The asset write off policy is good for capital-intensive businesses,” she says.

“But I’d argue that the vast majority of modern female-led businesses are e-commerce and technology-based businesses which rely on operational expenditure and are cashflow driven — not capital expenditure driven — so I don’t think this is beneficial to many women’s businesses.”

At the same time, the Minister for Women has announced mentoring and training programs.

“[That] feels condescending to a professional woman like myself, who is quite capable of finding my own mentors and has plenty of skills already,” Conti says.

“My concern with this approach is that it maybe isn’t taking into consideration the underlying factors that are pushing some women into self-employment in the first place, which is particularly around the cost of childcare,” she says.

Women don’t need mentors. They need concrete and actionable support, tailored to their lives and to their businesses.

“The vast majority of the measures announced do not support women to build and scale businesses — they support ‘masculine’ and male-dominated industries,” Conti says.

“What women like me need is childcare, and investment in our businesses through access to affordable credit and grant programs.”

McCurry, of course, looks at this as a business person. If the KPI is to get women into the workforce, this strategy won’t get us there.

“If the KPI was to retain women in the workforce, they would be failing.”

The same goes for supporting women business owners. There seems to have been very little consideration of what women actually want or need, she says.

“Get the voices in the room, and ask them what they need and what support they would require … and actually try to deliver a solution that is very customer-centric,” she says.

NOW READ: “Courageous conversations”: There’s a sexism problem in Aussie tech, so why aren’t we talking about it?