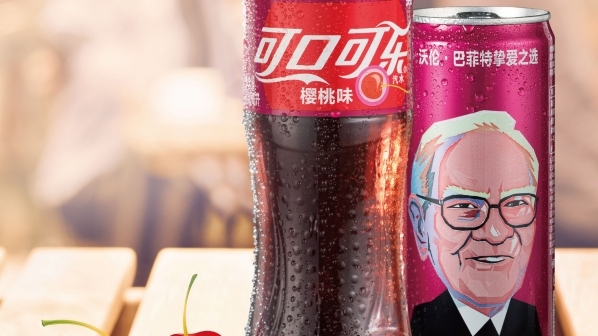 By Dominic Powell and Eloise Keating

A number of big Australian businesses including Qantas, Foxtel, and Fairfax have banded together to promote marriage equality through an advertising and social media campaign.

International businesses such as Airbnb are also involved in the campaign, which is seeking to promote marriage equality through a ring designed by Marc Newson reports Mashable, which the companies are encouraging Australians to wear to show their support.

The ring does not form a full circle, representing the “gap” in marriage equality, and Airbnb chief executive Brian Chesky said in a statement it is an opportunity for everyone to “show their support” for marriage equality.

“This is an opportunity for people to show their support for marriage equality – not just those within the LGBTQI+ community, but for anyone to make their support for a brother, sister, parent, friend or loved one known,” Chesky said.

A strange “rocketship” icon appearing on Facebook users mobile applications has been revealed as a trial by the company to test a new style of News Feed, which could benefit businesses.

If the feature rolls out of its testing phase, businesses could see additional engagement on their posts and advertisements on the platform, with the feature acting similarly to Instagram’s ‘Explore’ function. This is the latest in Facebook’s ongoing developments, with the company also recently revamping its Messenger bot functionality to help businesses use the platform.

Warren Buffett’s face to appear on Coke cans in China

Billionaire investor Warren Buffett may already drink five cans of Coca-Cola a day, but his association with the soft drink company has now reached a new level.

Bloomberg reports Buffett’s face will feature on cans of Cherry Coke in China for a limited time, following the release of Cherry Coke in the market earlier this month. According to the soft drink maker, Buffett has “legendary” status among Chinese investors, an increasing number of which travel to Berkshire Hathaway’s annual meeting each year.

Buffett has been a long-time investor in Coca-Cola, with Berkshire Hathaway currently holding 9.3% of the company, which is valued at approximately US$17 billion ($22.4 billion).

“Equality Pens” For Sale….read on:

Seeing as someone is making an easy buck out of the incomplete “Until We All Belong” ring, I am planning to sell “Equality Pens” without ink in them because they are full of “equality” – if you buy one, you will feel “equal” ($100 per pen). The pens are old, unworking pens that have been thrown away so I have picked them up for free. If you buy one of my recycled “Equality Pens”, you will be feeling “equal” AND save the planet at the same time (….ok, make it $200 per pen). Oh, and if you don’t think the pens make a difference, you are right – just like the incomplete “Until We All Belong” rings don’t make a difference. I just want to sucker you out of your money if you are gullible enough.

The “acceptance ring” is just an easier way for LGBTIQAP+ people to find new sex partners….and to flush out Christian employees who won’t wear the ring so they can be bullied (then sacked). Btw, if only married people “belong”, then does that mean all the single people “don’t belong”?….hmmm…..someone didn’t think very hard when they came up with the “Until We All Belong” propaganda slogan.