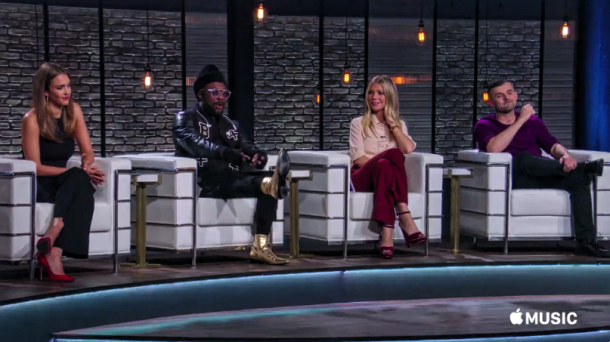 Being told the iPhone app you created has no potential would be a soul-crushing and sobering experience for hopeful entrepreneurs, so why not broadcast that experience to millions through an online TV show?

In a Frankensteinian mix of reality TV shows Shark Tank and The Voice, Recode reports Apple has unveiled a new show called “Planet of the Apps”, where entrepreneurs must brief a panel of well-known entrepreneurs on their app, before getting a thumbs up or thumbs down.

Read more: Want to test your pitch on an investor before jumping in the shark tank? Now you can

The panel includes celebrities with their own business ventures, such as musician will.i.am, actors Jessica Alba and Gwyneth Paltrow, and influential entrepreneur Gary Vaynerchuk. The four judges will field pitches from a series of app developers, before deciding whether to pledge their support or not.

In a kooky twist on the term “elevator pitch”, app developers will endure a 60-second ride down an escalator while pitching their apps at the four celebrity entrepreneurs. Once at the bottom, developers will be faced with both questions about their app and blinding glare from will.i.am’s gold shoes.

Viewers at home will be able to swipe Tinder-style left or right on an app while watching the show. Swiping right will then bring them to the app’s page.

If a celebrity decides the app is worth pursuing, developers will receive mentoring and guidance from them, before the episode culminates in a pitch for $US10 million ($13 million) in venture capital from Lightspeed Venture Capital. Winning apps will also receive prime real estate on Apple’s app store.

The episodes will be available over the next few months, and Apple has released a trailer for the series via its Twitter account. From the trailer, viewers can get a sense of the brutal nature of the show, and the panel’s scathing judgments.

“I can see the person that will design it, but who’s going to build the business?” Vaynerchuk says.

“You guys have got a lot of work to do,” Alba notes.

“I got gold shoes on!” exclaims will.i.am.

Watch the trailer for Planet of the Apps below.

“Developers are the rock stars of right now.” – @iamwill #PlanetOfTheApps is coming soon to #AppleMusic. pic.twitter.com/K0VIoRxOs9