Three business books to add to your reading pile today 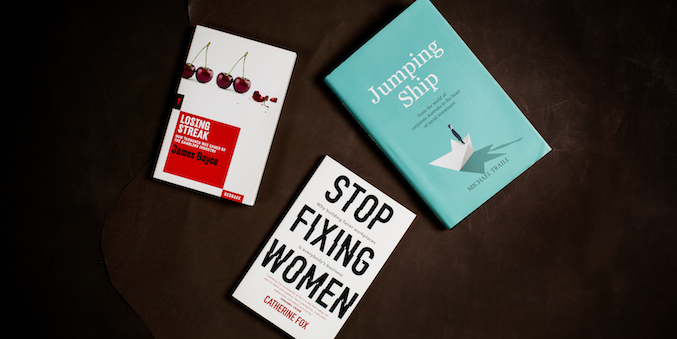 Selecting the next business book you will invest time in reading can be a confusing task. There’s a seemingly never ending supply of new titles being published, but precious reading time is often a scarce commodity when you’re running your own business.

You could follow the recommendations of self-confessed book nerd Bill Gates, or leading Australian entrepreneurs for that matter.

Or you could look to Australia’s many book awards as a guide.

Each year the State Library of New South Wales presents the Ashurst Business Literature Prize to the best literary commentary on Australian business and financial affairs written by an Australian author. The $30,000 prize was been running since 2004 and its list of past winners offers a potted history of some of the most significant events in Australia’s business landscape – and some of its most colourful characters.

The shortlist for this year’s prize was announced this week, with three contenders now in the running for the prestigious award, which will be presented on May 31.

This year the award is being judged by Richard Fisher, general council and adjunct professor of Law the the University of Sydney; journalist, editor and author, Narelle Hooper; and Margie Seale, a non‐executive director of Telstra, Bank of Queensland and Ramsay Health Care, and former chief executive of Random House Australia and New Zealand.

Take a look at the three shortlisted titles below and keep them in mind next time you’re visiting a bookshop.

Losing Streak: How Tasmania was gamed by the gambling industry, by James Boyce.

Published by Black Inc, Boyce’s short book chronicles “how one company came to own every poker machine in Tasmania”, and what that means for the state’s economy, and democracy, and families affected by problem gambling.

An award-winning journalist, Catherine Fox tackles the topic of gender inequality in workplaces head on in this book, published by NewSouth Books. The book is designed as guide for how all leaders, regardless of their industry, can make real change, rather than just talk about it.

Jumping Ship: From the world of corporate Australia to the heart of social investment, by Michael Traill.

In his memoir published by Hardie Grant, Michael Traill tells the story of how he went from a high-flying corporate career at Macquarie Bank to the founding chief executive of Social Ventures Australia, one of the biggest social enterprises in the world. It’s the story of someone at the height of their corporate career choosing to reconnect with their values of family and community.