I hope you enjoyed Australia Day, if you’re Australian. I’m no great patriot and I’m a Change The Date* guy but I love Australia and there’s nowhere else I’d rather be running a business.

Most entrepreneur inspiration comes from America, so there’s an underlying assumption that they’re always the biggest and the best.

I’ve worked in Australia and the US and both were/are amazing experiences. Sure America is the biggest; whenever I go there I just marvel at the sheer scale of it all and it recharges my ambition batteries.

Are they the best? Sometimes, but not always.

Here are 10 reasons why Australia is a great place to start a business (and hi international readers — thanks for putting up with this indulgence).

1. One Australian gets more done than one American

I say this with the greatest love to my friends and family in the US: Americans have a strong work ethic that they use to get less done than most. They work mad hours having meetings and phone conferences with too many people having their worthless opinions heard. This leads to committee-crippled decisions, and always choosing the safest option with correspondingly low ROI.

An Australian will get more done because we’re used to working with shit budgets, there are fewer people in each meeting, and because of point two:

Australians will pitch in to do stuff that’s outside their job description. When I was shooting ads in Australia you’d often see screen talent assist with moving lights or whatever because they’re helpful, and also bored.

On American shoots you have armies of personnel, each doing one specific thing and eating donuts the rest of the time.

I did some consulting in the conference industry in Chicago and wandered into a breakout meeting room, the sort that contains 25 people and a presenter. There was a big guy in a blue uniform sitting in the corner, just staring into space. He was from the electricians union. If there was an electrical item plugged in – in this case a laptop – he had to be there because, hey, those electrons aren’t going to manage themselves.

It is quite lovely not having to hire electricity-watchers and their corporate equivalents. 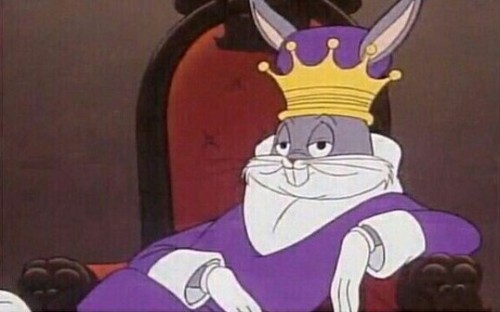 Proudly watching your electricity from the seated position since 1923.

3. The right balance of holidays

Australians are masters of the long weekend extension. When our national day falls on a weekend you better believe we’re taking the Monday off.

I can still feel the shock of an American client ending her annual holiday on a Thursday to come back to work Friday (it was a Monday-Friday job), because that was all the time off she was entitled to.

I’m pretty sure this is not a thing that has happened in the entire working history of Australia.

Vacation starvation is bad for your brain and kills any ability to think outside the spreadsheet. China has five days of annual leave in the first 10 years of your job, and that’s why their entire economy is based on making cheaper versions of ideas thought up by people in countries where they get a decent number of days off.

Holidays are good for your business and if you can’t handle them, you’re not good at what you do. Here’s a full article on that.

4. Permission to break the rules (sort of)

One of the best things about Australia is people in service roles being able to break the rules if it doesn’t matter and nobody’s going to be harmed.

Some cultures worship strict application of the rules, and it’s really tiresome.

If you’re trying to avoid being disrupted by robots and AI, let your people do what no robot can ever do: look someone in the eye and make an exception to the system. That judgment call makes that moment more convenient, and makes your customer feel like an individual.

When I hear “don’t tell management I did this”, I think: this is a business I want to spend money with. For a whole article on this, look here.

Suggest to an American with a corporate job that they set up their own business and they go: “wow I’d love to do that but I can’t afford to lose my healthcare benefits, I’ll end up in the leper colony”.

In Australia you can just quit your job, set up a business, break your leg at your first company teambuilding day, get it fixed for free, and carry on without a lifelong crippling debt. Come on thrillseekers, what are you waiting for?

Everywhere else, you pay company tax on your earnings, then whatever money you pull out of the company gets fully income taxed again. In Australia, you pay your 27.5%-or-so tax inside the business, then when you pull it out, you’re only paying another 17.5% at the absolute most, but probably less than that.

We just take it for granted but the only places on earth you get are it are Australia, New Zealand and Malta. Be grateful for this sweet deal. 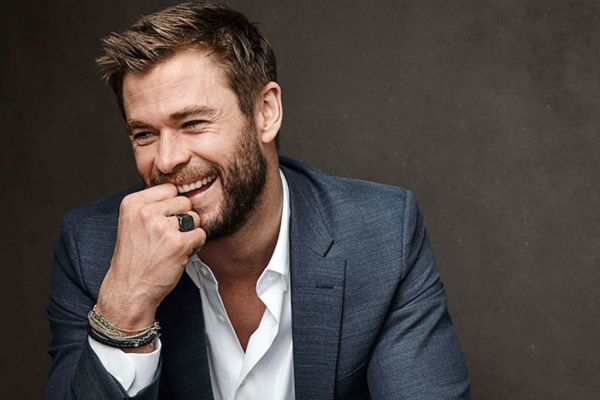 A gratuitous picture of Chris Hemsworth, who is as Australian as dividend imputation.

7. Australians have no respect

Elsewhere, there’s innate respect for the boss, purely because they have ‘Vice President’ or whatever on their business card.

Yeah, nah. The Australian lack of respect for titled positions means you have to earn it. If one of our staff wants to call me a dickhead, I’m fine with that, if they feel it’s warranted.

It’s a good reason to not be a dickhead.

8. Coffee you can drink

There is world-leading coffee available within five minutes of most Australian workplaces.

If you start the day with a Starbucks Java Chip Frappuccino, or the bitter scorched-milk horrors of Peet’s, you’re poisoning yourself slowly and like the mercury-crazed hatters of yesteryear, it will start showing up in the quality of your work.

I fly a lot and everything about our internal air travel system** is a miracle of friendly staff, clean new planes and airport lounges you’d be happy to live in. The American experience is a dehumanising ordeal of body probes, planes dating back to the Nixon administration, and passengers scrabbling like dogs for a single bag of peanuts.

10. You can travel and bring home ideas

Americans in particular are so nice to Australians. So go there and visit business owners in your field. Ask them for tips on how they run their much-bigger business. They wouldn’t tell their competitors, but we have some kind of diplomatic immunity and they’re invariably gracious and helpful. Get ideas, make new friends. It’s a lot of fun and well worth having to sink a few Starbucks.

There’s so many reasons to be happy with starting out in Australia; sort out your big idea here, then take it to other places. If Australians have one skill, it’s getting our arse on a plane to somewhere distant, making new friends and calling them all ‘mate’ because you forgot their name***. I tried Compton. Choose your own adventure, but get out there.

* Until the late 90s Australia Day was basically just a day off, befitting our general lack of interest in things ceremonial. Then it got jacked up by flag cape bros and culture wars creeps. I spent last week in New Zealand, where average white locals in everyday conversations spoke with detailed knowledge and pride about their indigenous history, and that respect is one of many reasons why they are such a magnificent country.

** I can only speak for Virgin and Qantas, go elsewhere at your own risk.

*** I am told by Americans that one of the greatest mind-fucks of visiting Australia is hearing parents call their small children mate.

The most stupid stuff I have ever read