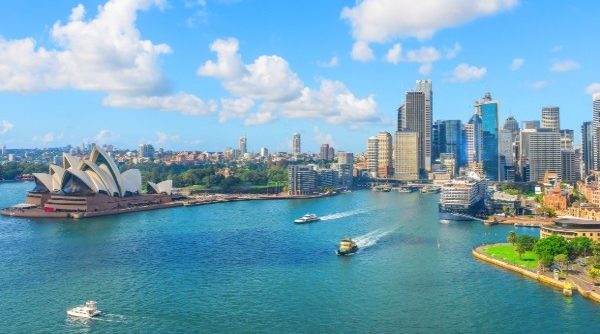 Australia is the eighth “best” country in the world, and is in the top 10 ranks for entrepreneurship, according to a global study released this week.

The report, produced by the US News & World Report, Y&R’s BAV Consulting and the Wharton School of the University of Pennsylvania, ranks 80 countries on a range of “attributes”, which were presented in a survey to over 21,000 people worldwide, including business leaders.

The attributes include entrepreneurship, cultural accessibility, how “fun” the country is, how easy it is to start a business, and even how “sexy” the country is.

Coming in as the eighth best country overall, Australia was beaten only by Switzerland, Canada, the UK, Germany, Japan, Sweden, and the United States. New Zealand was not far behind, coming in at number 14.

Australia was ranked the ninth best country for entrepreneurship, an improvement from its 10th position in last year report, and the third best country to headquarter a corporation, behind Canada and Switzerland. Germany, Japan and the United States were ranked as the best places for entrepreneurs.

Australia came in at number 12 for best country to start a business in, thanks to high rankings in “transparent government practises”, and “favourable tax environment”. Australia scored lower on “cheap manufacturing costs” however, and also on the level of corruptness and bureaucratic control.

Topping the ranks for the best places to start a business are Thailand, China, Malaysia, India and Indonesia.

Australia was ranked as the eighth best country for women, and fourth best for education. Australia is also considered the second “most comfortable for retirement” according to the study, coming in behind New Zealand.

“The Best Countries project allows us to chart how global perceptions of a country affect its prosperity,” said professor of marketing at the Wharton School David Reibstein.

“We’ve learned that a focus on education and citizenship – including human rights, gender equality, religious freedom and more – can drive prosperity more than traditional forms of power, like military prowess.”