The government is reportedly considering wage subsidies, as well as cash injections and tax breaks, for its multi-billion-dollar coronavirus stimulus package. But is this what, or all, business needs? The response by the government needs to be comprehensive and swift, but also leave sufficient capacity to enhance it in the short term if the coronavirus situation evolves further. In particular, sectors such as tourism and education have been negatively impacted the most and require potentially more assistance, as do various small to medium businesses who are facing falling demand but still the same cost base (such as rent and full-time wages), and individuals more at risk, such as retirees and casual employment workers.

As such, a combination of broad fiscal stimulus and monetary stimulus is necessary with fiscal responses of direct cash grants, tax breaks and incentives, as well as wage assistance, being a good start.

In addition, the government should also consider other measures such as additional capital for business investment, including easier or cheaper credit for small to medium businesses, targeted stimulus for particularly affected regions or sectors such as tourism.

Of course, the government needs to also ensure the medical and health sectors are adequately staffed, funded and resourced to treat and counter the coronavirus spread, which will ultimately allow Australians to resume their everyday lives, get back to work and generate demand for Australian businesses.

Monetary stimulus should go beyond the interest rate cut announced this week as the government should be prepared to step into the market and buy government bonds to further stimulate the broader economy. Our industry, events, is being savagely smashed by coronavirus. I’m literally writing this between emergency meetings with our staff to work out how we stay afloat, as long-planned events evaporate days out from setup.

It’s tempting to say ‘the government should subsidise industries that have been hit hard, like ours’. But governments don’t have a great record in picking who most deserves a break, and it’s slow to implement when the damage is being done right now.

I’m no macroeconomist, but business would be best served by getting more money circulating in the system ASAP. Bringing forward income tax cuts would help, but what would work faster is to get the money in the hands of people who will spend it right away.

That means increasing Newstart, which has been locked down at a punitive level since 1994.

The other structural issue this has exposed is yet another downside of the gig economy for society in general. It’s 8% of the Australian workforce now, who are earning no money if they’re sick. If you don’t have sick leave or any other benefits, how likely are you to self-isolate for two weeks? We all pay the price for that. GO1 co-founder and head of growth

Unlike during the GFC, this time around, Australia doesn’t have a booming Chinese economy to rely on and our challenge is compounded by the impact on the global supply chain.

The government’s response to this crisis may likely be predictable, quite typical and may or may not be enough to improve consumer confidence and spending to ultimately protect our economy.

This potentially catastrophic global problem is caused by a new virus. It is resulting in new issues that, therefore, may benefit from a new way of thinking.

Adversity can often be the catalyst for evolution and one new idea would be to put money in the hands of those who are focussed on growth, spend big and often have little debt to pay down… startups.

At a startup, every dollar we spend is orientated towards growth and, conversely, every dollar left unspent is a missed opportunity to invest in new growth.

On behalf of Australia’s startups, send the stimulus our way, we’ll spend it. 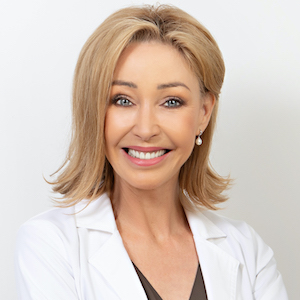 As much as we need to be concerned about sanitising environments if we don’t want to catch the virus, it is not going to kill us unless we are immunologically compromised.

I think there should be a huge directive to protect our nursing homes. If I was running the country, I would make sure nobody could enter nursing hones if they had been in contact with the coronavirus remotely. We need to protect our elderly, and also those in hospital environments, because anyone with a compromised immune system is at high risk.

Coronavirus will severely affect business because people will be staying home. They are not going out, they are not purchasing, they’ve lost confidence.

We all need to have a reality check.

If I was the prime minister, I would send a taskforce out to every business to talk to the team members and reduce the panic. I would work on education, rather than plugging money.

It starts with education, and we need to be out there educating people that this is not a deadly disease, because it isn’t. My view is that the government should be getting out of the way rather than trying to ‘help’ — inevitably, it just makes things worse.

The only thing the government really can do to vaguely help is attempting to quell panic, but given the capability of the federal government, one would seriously doubt their ability to do more help than harm. Having someone pick ‘winners and losers’ is destined to cause inequality — witness the disastrous sports rorts programme, but on a larger scale.

The Rudd government’s stimulus in the midst of the GFC was probably the least bad attempt of intervention, but even then, there’s significant doubt that it made much difference (the rampant lowering of interest rates, commodity strength and weaker Australian dollar were the more likely reasons that Australia avoided a technical recession in 2008-9).

Confidence needs to be rebuilt organically, and the government should focus on delivering critical services and ensuring the health system remains robust — rather than spending the money of future generations to try to intervene.

NOW READ: Coronavirus update for business: Trouble in tourism, an uptick in X-ray sales, and why we’re stockpiling toilet paper

NOW READ: Founder’s syndrome is the idea a business’ creator can’t keep their hands off as it grows. How should founders avoid this problem? What’s the best way to pass the baton as a business evolves?