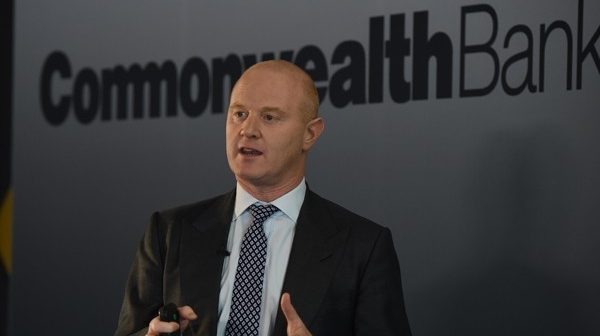 Commonwealth Bank chief executive Ian Narev will leave the company by July 2018, reports The ABC, in wake of a tumultuous few weeks after the bank was accused of breaching anti-money laundering laws tens of thousands of times.

In a statement, CBA chairman Catherine Livingstone said the bank released details on its chief executive succession process to “ensure the market is fully informed and to provide certainty for the business”.

“Succession planning is an ongoing process at all levels of the Bank. In discussions with Ian we have also agreed it is important for the business that we deal with the speculation and questions about his tenure,” she said.

“Today’s statement provides that clarity and will ensure he can continue to focus, as CEO, on successfully managing the business.”

Next generation $10 note gets release date

The Reserve Bank of Australia announced last week Australia’s new $10 banknotes will be released into circulation come September 20, following a release of a new $5 banknote in 2016.

“The new notes contain the same world-leading security features as the new $5 note, including a clear top-to-bottom window, and a tactile feature so that it can be recognised by vision-impaired members of the community,” RBA governor Phillip Lowe said in a statement.

Both new and old versions of the $10 note will continue to be accepted after the new note’s debut, and the RBA says it is working with businesses around the country to prepare them for the rollout of the new bill.

The Australian Competition and Consumer Commission has commenced proceedings against the former operator of ink retailer Atorios Ink, Tuan Nguyen, over an unpaid penalty of $50,000.

Nguyen and his sales manager were found to have breached Australian Consumer Law in 2013 after selling printer ink cartridges to businesses and misleading them into believing they had already agreed to purchase the cartridges. Each were fined $50,000, however, Nguyen has since filed for bankruptcy.

“Individuals who have contravened the Australian Consumer Law cannot escape paying Court ordered penalties by filing for bankruptcy. As in this case, the ACCC may take action after they are discharged from bankruptcy,” ACCC deputy chair Michael Schaper said in a statement.

The ACCC is seeking a garnishee order to require Nguyen to withhold part of his wages to pay back the penalty.

“If businesses and individuals do not pay penalties ordered by the Court in ACCC proceedings, the ACCC will take action where appropriate to enforce payment of those penalties,” Schaper said.

SmartCompany was unable to contact Nguyen or Atorios Ink.