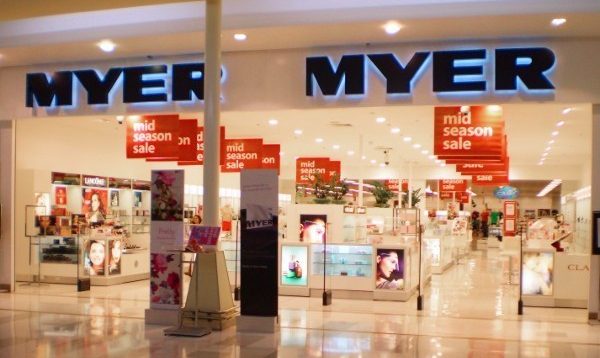 International fashion brand Coach has announced it will acquire American designer handbag brand Kate Spade for $US2.4 billion ($3.2 billion), after months of rumours about a buyout.

Inside Retail reports Coach’s chief financial officer Kevin Wills believes the acquisition will bring $US50 million in cost savings over the next three years thanks to the synergy between the two businesses, with Coach aiming to boost inventory and streamline Kate Spade’s supply chain.

Managing director of GlobalData Retail Neil Saunders said in a note the acquisition move was “prudent and logical”.

“Coach has recently run the ruler over a number of businesses including Burberry and Jimmy Choo. In our view, this [Kate Spade] deal is sensible both in terms of the brand fit and the premium that Coach is paying,” he said.

Kate Spade has four Australian locations while Coach has 10, with six these located within David Jones stores.

Third quarter results at department store Myer have revealed a number of store closures have had an impact on sales. Fairfax reports a 3.3% drop brought the company’s sales for the quarter to $653 million.

Store closures at Wollongong, Orange and Brookside resulted in lower sales for the year to date, but chief executive Richard Umbers believes the company is still on track to hit its first-half results prediction of a 5.3% rise in net profits.

“Despite these trading conditions we are reiterating our full year guidance provided at the first half results in March,” Umbers told Fairfax.

“We have remained strongly focused on driving productivity, lifting efficiency and reducing our historic dependency on discounting, all of which have impacted the result.”

Myer is currently focused on a plan to up annual sales growth by three per year by improving shopping experiences and closing underperforming stores, a tactic Umbers says he is still confident in.

“Myer has delivered total and comparable store sales growth in five of the past seven quarters. While sales growth is integral to the New Myer journey, at this time we are focused on higher quality sales to maximise profitability,” he said.

The operator of Sydney fast food sandwich chain Little Vienna has been fined $87,040 for underpaying 11 South Korean employees more than $111,000 dollars over three years. The employees were being paid between $10-13 per hour, while the Fast Food Industry Award specifies minimum payment of $21-23 per hour.

The employees have since been paid back in full, and Little Vienna operator Jae Kwang Kim was penalised $10,880 in the Federal Circuit Court, with the business penalised $76,160.

The Fair Work Ombudsman said in a statement this morning the company was found to have contravened workplace laws by providing investigators with false records showing higher rates of pay than what staff were getting.

“The failure to keep necessary records is a particularly pernicious practice because it makes the proper quantification of workers’ entitlements more difficult than would otherwise be the case,” Judge Robert Cameron said in his judgment.