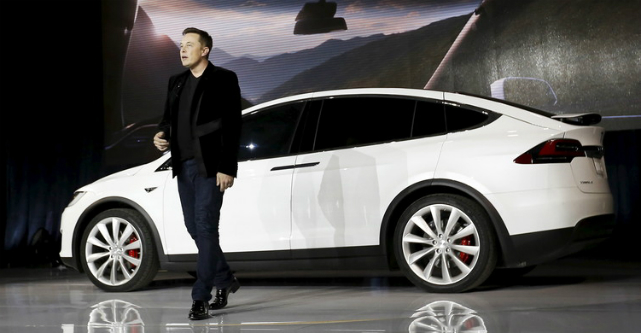 The government has released draft legislation intended to ease the regulation around small lenders being able to label themselves banks, with hope of increasing competition and loosing the grip of the big four banks.

Currently, businesses in the banking sector must have both an authorised deposit-taking institution (ADI) licence and capital of over $50 million to call themselves a bank, but under the proposed legislation, businesses need only have an ADI licence.

“The legislation will reinforce [the Australian Prudential Regulation Authority’s] discretion over whether or not to permit the use of ‘bank’, ensuring that community expectations around the application of the term are maintained,” Treasurer Scott Morrison said in a statement.

“This is part of the Turnbull Government’s series of strong financial reforms aimed at encouraging greater competition in our financial system, which will ensure Australians and Australian businesses can get a better deal.”

Elon Musk prophecies humanity’s death at the hands of AI

Tesla founder and reported saviour of South Australia’s energy issues Elon Musk has returned to the states after his brief visit Down Under and has wasted no time in getting the doomsday talk rolling, speaking at the National Governors Association meeting about the potential dangers that could stem from the rise of artificial intelligence.

“On the artificial intelligence front, I have access to the very most cutting edge AI, and I think people should be really concerned about it,” Musk said, reports Fortune.

“AI’s a rare case where we need to be proactive in regulation, instead of reactive. Because by the time we are reactive with AI regulation, it’s too late. AI is a fundamental risk to the existence of human civilization, in a way that car accidents, airplane crashes, faulty drugs, or bad food were not.”

Musk, who says he’s against overregulation in general, believes US regulators should start to look at the AI space “pronto”, lest shareholders begin to urge companies to develop the technologies faster.

“You kind of need the regulators to do that for all the teams in the game. Otherwise the shareholders will be saying, why aren’t you developing AI faster? Because your competitor is,” he said.

More than half of local Topshop stores close

Administrators of struggling fashion brand Topshop have shuttered more than half of the Australian stores and have slashed 370 jobs reports Inside Retail, with just four stores still remaining open.

This news comes in the wake of the brand’s removal from department store Myer, reports Fairfax.

“The priority for administrators remains to develop an appropriate operating model and structure that will continue the Topshop/Topman brand in Australia,” spokesperson from administrator Ferrier Hodgson told Inside Retail.

AI isn’t the risk, as it always has been human nature is the only real risk!

This hysteria about AI is becoming ridiculous and totally unnecessary and unwarranted .

I think you mean prophesizes, not prophecies. And I’m sure the bus drivers copping abuse would love to give up that job so AI/automated buses could run them. Some uses of AI and robotics is a boon and not a problem, is my point.