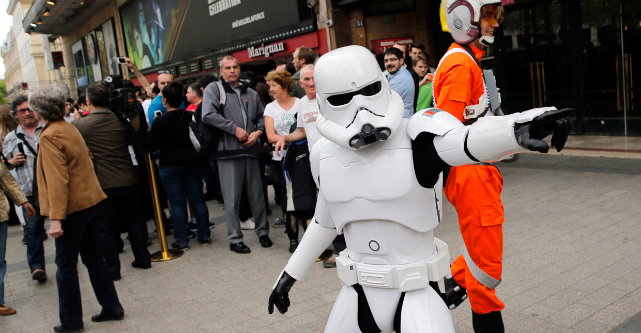 Much loved all-you-can-eat fast food chain Sizzler is shrinking, with its parent company Collins Foods revealing in its annual report it considered the chain a non-core business in Australia and had closed six stores over the past financial year.

Business Insider reports there are only 16 Sizzler stores remaining in Australia, which achieved a 0.4% sales growth over the 2016-17 financial year. However, revenue for those stores was down 10%, and Collins Foods will no longer be investing in the chain in Australia.

In Asia however, Sizzler is going gangbusters, with 68 stores across Thailand, China, and Japan and royalty revenue for those stores up four percent. Six more restaurants are going to be opened in the region over the next year.

The Force comes to JB Hi-Fi

September 1 marks an auspicious day for many retailers around the world with Disney launching its second ever Force Friday, a global fan event where exclusive Star Wars related toys and apparel are released through retailers.

AAP reports the last Force Friday made Star Wars the best selling toy franchise for 18 months in Australia, and this year, retailers are hoping for a repeat.

Disney has even enlisted the likes of JB Hi-Fi and Harvey Norman to participate, with general manager of Disney consumer products in Australia and New Zealand Meagan Sanders telling AAP the company is having to diversify thanks to a challenging retail environment.

“One of the good things about challenging retail is people are starting to look for opportunity and they’re saying ‘if I’m not getting the volume of sales or the velocity there, what else could I be doing that makes sense to the shopper that’s walking in to my premises?” she said.

“It’s forcing us to re-evaluate the way we approach the market and, instead of just dropping big volumes, we’re being a lot more strategic about the way that we meet consumer needs and where we put the product.”

A proposed alternative to paying hourly penalty rates will not be heard by the Fair Work Commission until the second half of 2018 reports The Australian.

The “loaded rates” proposal was conceived in October last year, and consists of a plan for businesses to offer a higher base rate of pay of around 25%, instead of having to pay workers penalty rates, without needing Enterprise Bargaining Agreements to achieve this.

However, the FWC will wait for results from other penalty rates proceedings until addressing the proposal.