A new Aussie startup is hoping to cut out the middleman and deliver fresh produce straight from the farm to shoppers’ doors.

Aussie Food To You has been launched by entrepreneur and business consultant Peter Askew as a response to growing demand, nationally and internationally, for fresh Australian produce.

“My current business is involved in a lot of projects in Asia, and we saw a major attraction to Australian produce, so we’re highlighting this opportunity,” Askew told SmartCompany.

Aussie Food To You allows Australian shoppers to purchase premium fresh meat directly from farmers, which is then shipped to their doors. The business is hoping to promote “socially responsible grocery shopping”.

Askew runs business consultancy Beyond Business Connections, which is funding the new startup.

He has worked at the helm of Beyond Business Connections for 25 years and is hoping to switch up the Australian produce market with the launch of Aussie Food To You.

“There’s no supply chain in the Australian market that has the ability to generate the profit and aggregation that needs to happen,” Askew says.

“There is too much of a bias towards large retailers, and the large players aren’t geared towards profits for rural markets.”

An opportunity to help

Askew is a self-confessed country boy, growing up in the north-east Victorian town of Benalla. He left to begin a computer networking and telecommunications business in Wagga Wagga, which was later sold to a large multinational.

“One thing I learnt about living in the country is when you have the opportunity to help out the rural community, you do,” Askew says.

“I now have the time and then energy to help, so that’s been the main motivator for us.”

The project launched last Wednesday, along with a crowdfunding campaign. Unlike most startups, Askew isn’t using crowdfunding to help fund the project, but as a way to gauge interest and guarantee purchases after the launch.

“We’re essentially using the campaign to test the business model and gauge enthusiasm. Everyone is telling us how much they want to support Aussie farmers, so this is their way to show us they mean to do that,” Askew says.

Along with the campaign’s launch, the startup hosted a barbeque lunch on the grounds of Parliament House in Canberra, attracting the likes of Nationals leader Barnaby Joyce, and One Nation senator Pauline Hanson. 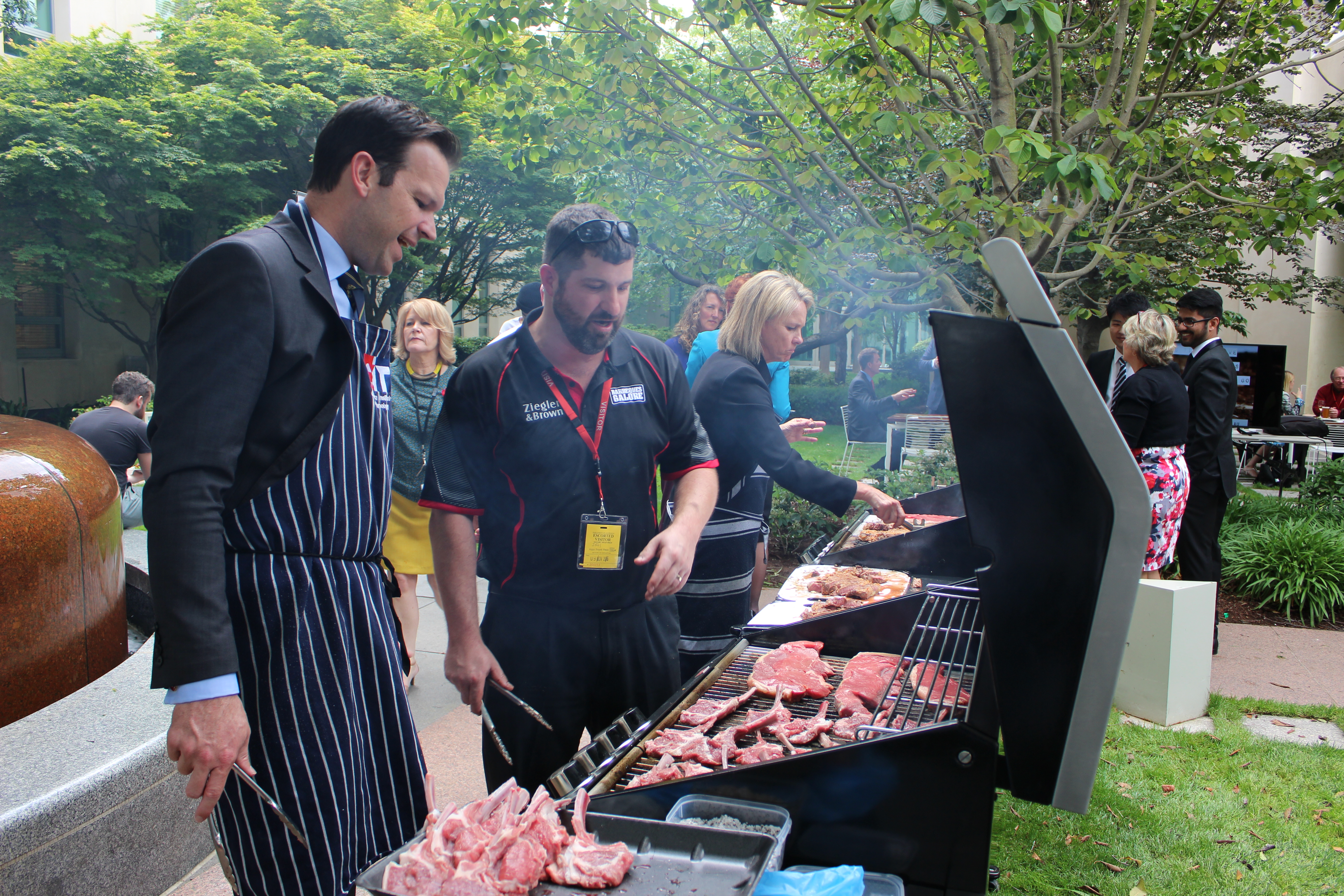 Askew has gotten a few different farmers signed up to the program but is being careful with seeking further partners, wanting to ensure the demand exists before the supply.

First they come, and then you build it

Askew says he is determined to avoid a “build it and they will come” model often employed in modern day startups.

“We want to be more innovative than that. Too many companies spend a lot of time and effort on what they have being the next best thing, only to find people won’t buy it,” he says.

“We want to start with the demand first, so we can prove to farmers that people will support it. We already have a few farmer partners to fulfil the pledges on the crowdfunding campaign.”

For the moment, Aussie Food To You will offer meat products but Askew aims to grow the business into other produce.

“At the moment we’re staying just as a premium meat provider, I think there are more significant opportunities selling meat internationally,” Askew says.

“The desire to buy meat out of China, Korea, and Japan is high, we know there is a lot of demand in those markets.”

Aussie Food To You has aims to be the delicatessen for Australian and Asian markets, veering away from the “low-quality high volume” markets. As such, Askew only wants the higher-grade meat from his suppliers.

“We’re telling our farmers to keep sending their basic cuts of meat to supermarkets, but we want them to save their premium cuts for us,” he says.

“We’ve modelled the business on AirBnB and Uber, companies who have successfully changed entire industries. Our goal is to make sure our farmers get a very significant amount of value from the produce they produce.”

“Unfortunately a large number of farmers have no choice but to supply major retailers, so our goal is to give them an alternative market for premium product. We’re going to change the whole supply chain.”

Australian health tech companies in the fight against COVID-19

Flexible working is here to stay: Here’s how to introduce a working from home policy to suit your business

Sounds very much like Aussie farmers direct. ( which isnt a bad thing ) BUT, there is an alternative to the colesworths for a lot of farmers and that is the export market.
Unfortunately I think way too many Australians are too focused on CHEAP these days and that makes it hard to get the prices up and give fair returns to farmers. Asia and other markets seem happy to pay for quality, safety and variety of our often counter-cyclical foods and ingredients.