Wake up and smell the bin juice: Five invaluable business lessons from the dirtiest bird there is

What, you think you’re too good to learn business lessons from the dirtiest bird there is: the Australian white ibis?

Got no time for the noble tip turkey, picnic pirate?

Wake up to yourself.

Other business blogs never discuss the ibis. Because they want to keep the inspirational secrets of the bin chicken to themselves. No secrecy here at the only blog that dares speak the truth.

You do better at business when you look for inspiration from humble sources. Like cab drivers. Minimum-wage customer service staff. And from mangy, persistent birds whose drive to eat your cafe lunch is much stronger than yours.

Why should you be more ibis? Here are five reasons.

The ibis didn’t start out dirty. It was a nice, clean, native bird that lived in wetlands. That long, curved beak was purpose-built for pulling tasty shellfish and frogs out of the mud. Then we fucked up their habitat.

We didn’t realise they would adapt like terminators to become the supreme rulers of the waste food chain. They were purpose-built to thrive on dumpsters, wheely-bins and picnics. Humans hold no fear for them. They’re exploiting our weaknesses like slumlords.

It only took them a few decades to get there. Not just to survive, but to become a powerful cultural force.

It’s a pivot up there with when Netflix surveyed the dying DVD habitat, took flight, and built new nests among the rich pickings of video streaming.

What doomed business wetlands are you working in? Are you ready to put your foraging skills to use somewhere completely different, or are you going to sit there complaining that the good old days were better? 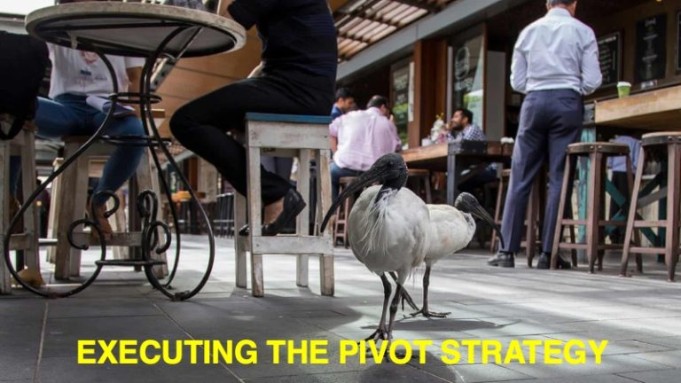 While there’s still food on the picnic table, that ibis isn’t going anywhere. In the end, it’s less effort to flick that ibis some food than to spend your whole afternoon shooing it away.

How many times have you stopped contacting a potential client after they ignore two emails, presuming they’re not interested?

Re-think your sales strategy, with that new client as a delicious half-eaten sandwich. Fix your cold, black eyes on the prize and just keep at it until they give in. It will happen. The true ibis never quits. 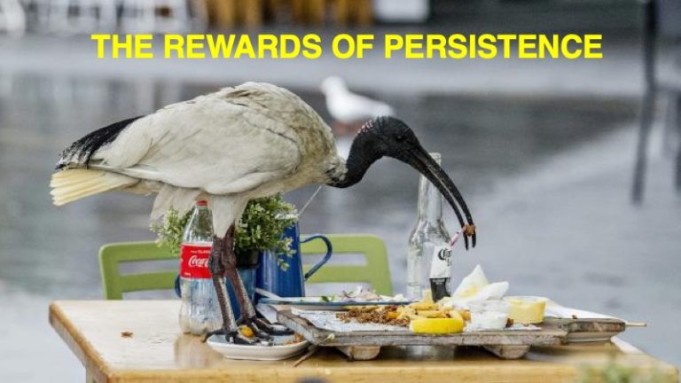 3. Owning the brand, warts and all

Quick, what’s the dirtiest bird there is?

No hesitation, it’s the ibis every time. That’s great brand awareness, like it or not.

There’s nothing the bin chicken can do to change that perception. No re-branding campaign like ‘ibises: your collaborative urban clean-up friends’. Once that dirty image is set, you simply can’t change people’s minds.

So you may as well get dirtier, pushier and more numerous and absolutely own it. Hate ‘em all you like, it only makes the ibis stronger. 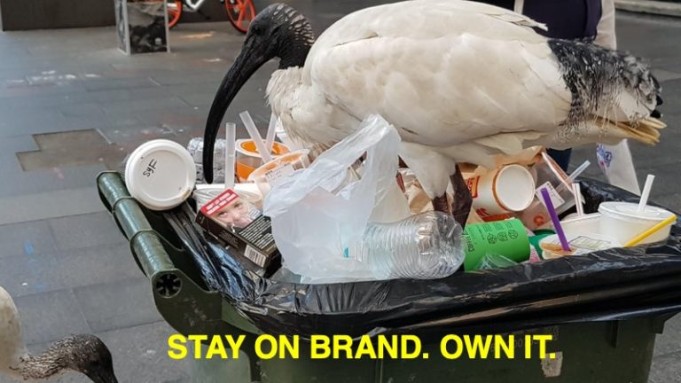 The musical kings of ibis strategy are Canada’s own Nickelback. They are … not a very good band. Yet they have harnessed a global wave of detestation. People love to hate their inauthentic grunge-lite, and singer Chad Kroeger’s uncool Paddle Pop lion-looking head. A million memes testify to their neutron-star level of suckiness.

And oh, how they thrive on it. 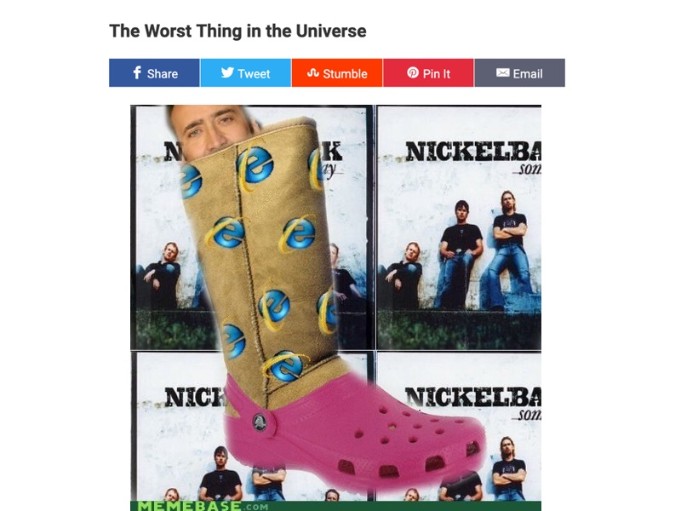 When other bands of that era are just a historical footnote, Nickelback is still massive. They take an entire Internet’s worth of abuse and turn it into music’s greatest, free publicity machine. Like Godzilla, every attack just makes them grow bigger.

It works in the corporate world too, particularly for price-fighter brands.

Like bargain-bin airlines Ryanair and Easyjet, who regularly make announcements that seem specifically designed to piss their customers off. There’s about a week of indignant media noise, then, if people want a bargain-basement flight, who do they think of? Yep.

As with shock jocks, the haters will do your marketing for you.

It’s the sort of thing that’s much easier to do if it’s your business. If you’re reporting to bosses and boards, this approach is a real coin toss: you’re either going to get on the cover of industry magazines as a maverick genius, or given a cardboard box and five minutes to pack up your desk photos and coffee mug.

An ibis would toss that coin. Spread your dirty wings and take some risks.

We screwed their habitat, so now ibises are screwing ours. Sweet revenge. Should revenge drive you in business?

I’m pretty relaxed and have a firm belief that almost everyone is basically a good person. I like almost all our industry competitors.

I can also sustain a deep desire for revenge over long-ago incidents. It provides a constant source of evil, slow-burn energy — like one of those tyre-dump fires that burns for a decade. It’ll keep me up until 4am working on ways to exact revenge through our success. It’s been with me all my working life.

Small-minded? Sure. Effective? For me, absolutely.

You come for my wetlands, I will move into your backyard and feast upon your wheely bin. 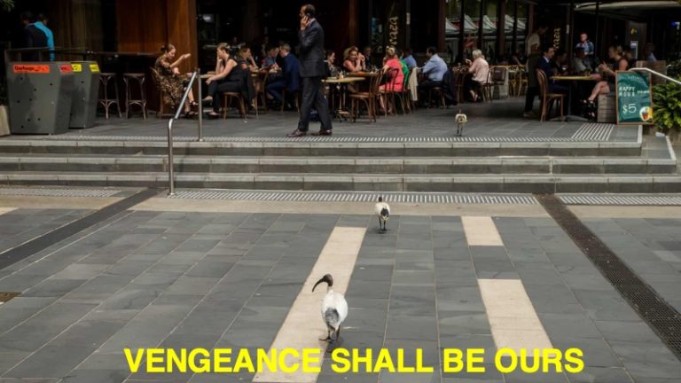 Let’s finish on a pleasant note. Urban ibises may be dirty, but they are also romantic. During breeding season, males bow to the females and present a special stick to their chosen one.

OK, so it’s not going to win The Bachelor. But by bird kingdom standards, it’s the final scene of Love Actually.

Wake up and smell the bin juice, business people.

NOW READ: The art of business drinking: How to make deals, networks and friends

NOW READ: Is your business old and dusty? Take this quiz to find out