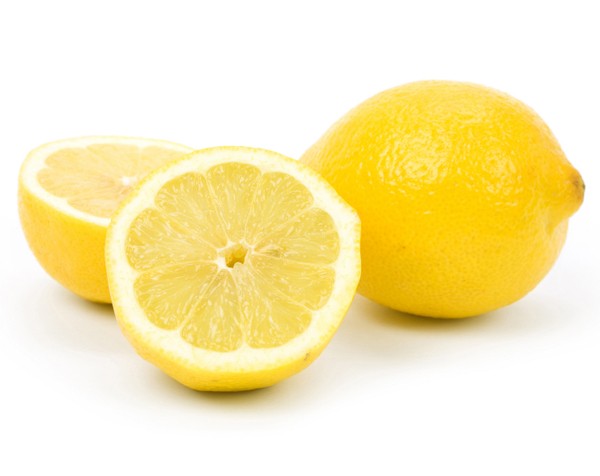 Camel milk, Milo and exploding phones top the list of this year’s most unreliable and dishonest products, with consumer advocacy group Choice revealing the latest winners of its annual Shonky Awards.

The humorous prizes highlight Australian products that are “of poor or dubious quality,” letting consumers know about the best of the worst that the country has to offer.

The shonky products are judged on a number of criteria outlined on the Choice website – including a lack of transparency, poor value for money and causing consumer confusion.

This year, nine brands and products claimed their respective Shonky Awards across different categories. Here’s who made the list.

1. The Shonky Award for Selling a Product That’s Too Hot To Handle

Global tech giant Samsung has been awarded a spot in team Shonky for the second year in a row. It received a lemon in 2015 for 144,000 recalled washing machines, one of which caused a house fire.

This year, Choice has given Samsung the “Least Improved” award for its Galaxy S7 mobile phone range, which was globally recalled due to a battery defect that caused the phones to explode.

No reports of house fires as of yet, but severe burns, exploding Jeeps, and an airline ban lead to Choice labelling the product “an extreme pocket warmer with a nasty tendency to catch fire.”

2. The Shonky Award for Sneaky Surcharges

Consumers and retailers alike dream of a world without credit card fees, where purchases can be made without extra hidden costs.

American Express’ “Surcharge Free” campaign advertised a world like that, calling on businesses to “ditch those frustrating point-of-sale surcharges to make shopping a bit more pleasant for consumers”.

However, American Express charges some of the highest fees across all credit card providers, and are hoping to hide that by requesting merchants to be less transparent about their surcharge fees, according to Choice.

“Put simply, credit card companies will keep charging businesses for credit card transactions. So if businesses stopped charging fair, cost-reflective surcharges, they’d probably just pass on the card fees to all their customers by increasing prices on everything in store,” Choice says.

3. The Shonky Award for Milking the Truth

According to Camel Milk Victoria, camel milk can cure cancer, autism, diabetes, tuberculosis, and stomach ulcers. The one thing it can’t cure, however, is a product that states impermissible food health claims.

Choice checked with Australia’s food regulator, Food Standards Australia, and none of the milk’s apparent incredible healing benefits can be stated as applying to a food product.

The product was also endorsed by celebrity chef “Paleo Pete” Evans, who claims that the miracle milk is a suitable alternative to breast milk.

Choice says “the only benefit this wonder substance looks like delivering is to the camel farmers’ bottom line,” – with each litre coming in at $21.

4. The Shonky Award for Best Wolf in Sheep’s Clothing

National pawnshop chain Cash Converters has started out in a new line of business this year, strangely offering financial advice through its website commoncents.com.au.

“At first glance, commoncents.com.au seems like a source of simple tips to save a buck, but as you read further you soon realise all roads lead back to cashconverters.com.au, where they try to sign you up to a crippling payday loan,” Choice says.

Cash Converters’ personal loans have a 20% establishment charge, and 4% monthly fees. This means a $2000 loan turns into a $3360 repayment over 12 months.

“Despite the handy tips about penny pinching and decluttering the garage, “Cashies” would love nothing more than to load you up with some toxic debt,” Choice says.

5. The Shonky Award for Claims as Thin as Air

One of the Earth’s greatest natural resources is oxygen; it being what most organic life relies on in some way or other. A Sydney based operation has come up with the idea to bottle air and sell it to unassuming tourists, claiming they will “breathe the difference”.

Choice awarded this Shonky to Green and Clean for selling air from exotic Australian locations like the Blue Mountains and Tasmania.

For Chinese tourists, a bottle of air to sip on could sound quite appealing in heavily polluted Beijing, but the company itself admits there is no scientific proof that breathing small amounts of clean air has any health benefits.

Its website reads, “While there have not been any studies covering the effect on people living in polluted areas breathing small quantities of clean air, many people work on the basis that some clean air is better than none.”

With a pack of 12 cans costing $246, Choice says it might “wait for the research to come in before getting out our credit cards”.

6. The Shonky Award for Chipping Away at your Wallet

The Pringles chip brand has long been criticised for having a tube that was too small for many to fit their hands in. Lucky thin wristed Australians often scoffed at those allegations, happily diving their hands into the depths of the tubes.

This all changed in June this year, where the Pringles can shrunk almost six millimetres, leaving previously elated Australians distraught. This was also linked with a ten cent price drop on the product, but some crafty maths from Choice revealed that Kellogg’s had not only reduced the length of the chip, but the price had overall increased.

“So when it comes to what you actually get for your money, that’s a 9.3% price pop.”

The Medical Weightloss Institute copped a Shonky this year for a number of misleading practises and claims, including prescribing diethylpropion, a drug withdrawn from the market by Therapeutic Goods Association for having serious negative side effects.

“The miracle pills include the naturally occurring hydroxycitrate and the pregnancy hormone hCG, both of which have been shown to lead to no better weight loss results than a placebo,” Choice says.

“Our prescription? The Medical Weightloss Institute should ditch the diet advice and try working out with their new Shonky Award – or feeling the burn with a box of lemons. “

Some Australians might find it hard to swallow, but the much loved chocolate drink Milo has claimed a Shonky over misleading health claims.

Nestle, the brand behind the malt drink, claimed that the product had 4.5 Health Star rating (HSR), despite Milo being 46% sugar.

To get away with this claim, Nestle’s serving suggestions don’t just include the Milo itself, but the milk that Milo is (sometimes) had with. This milk isn’t full cream either, but skim.

Choice conducted their own survey to see how Australians drank their Milo, discovering that only 13% drink it with skim milk, and 55% drink it with full cream.

“It’s pretty obvious why Nestlé chose not to advertise the HSR of Milo “as prepared” by most people – because this would have scored it only 2.5,” Choice says.

Choice underwent its own test of available carpet cleaning products, and found that most of the 22 products tested came out as better than using good old H2O.

However, one product performed worse – Vanish Preen Powerpowder Clean and Fresh Large Area Carpet Cleaner failed to do much cleaning at all.

“So when it comes to cleaning up, one thing couldn’t be more certain: at $14.70 for one garishly pink bottle, the most likely thing to vanish with this product is your hard-earned cash,” Choice says.

Watch the full 2016 Shonky Awards below.