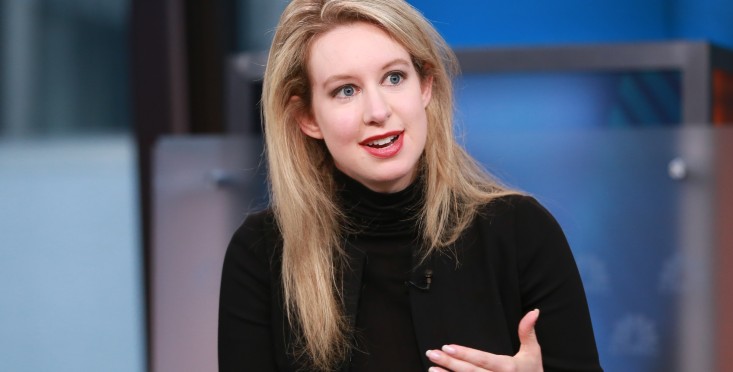 The ghost of Theranos

Back in 2018, the remains of Theranos sold its patents to SoftBank-funded Fortress Investment Group, TechDirt reports.

Fast forward to 2020, and Fortress had filed a lawsuit requesting the court force BioFire to stop manufacturing its tests.

According to TechDirt, “Fortress is a sort of uber-patent troll, gathering up a bunch of patents and then shaking down basically everyone”.

And according to Stanford Law School director Mark Lemley, it “could be the most tone-deaf IP suit in history”.

What has the world come to?

Bad: a biotech patent troll
Worse: seeking injunctions even though it's not in the market
Worse still: using patents it got from Theranos
Worst: trying to shut down is COVID-19 testing.
This could be the most tone-deaf IP suit in history.

Salami get this straight

In more why-are-people-like-this news, Italian restaurant Beccofino, located in inner Brisbane, was broken into on Monday night and stripped bare of its cheese, salami, pasta and alcohol.

Co-owner Cordel Khoury told The Brisbane Times that $3,000 worth of goods were stolen.

“It’s pretty disappointing and gutting it’s come to this,” he said.

“Everybody is nervous and unsure about how it’s going to pan out and to have all that stuff stolen is pretty poor.”

The City of Melbourne has announced its own small business-focused stimulus package, valued at approximately $10 million.

While somewhat light on specifics at this stage, it will include “up to $1 million for training and support” and “up to $500,000 in grants to support businesses to develop e-commerce and online services,” Deputy Lord Mayor Arron Wood said in a statement published Wednesday.

The stimulus will see rent halved for three months for eligible tenants in Council-owned buildings.

It also includes suspending fees for Food Act registrations and street trading permits for three months, “at a cost to Council of $700,000″, according to Lord Mayor Sally Capp.

In partnership with Spotless Services, about 200 casual staff will also “be redeployed to work on improving city cleanliness and presentation”, Capp said.

Wood added that this is just “the first package of support”, with more to come over the coming weeks.

As detailed in Crikey this morning, Queensland has announced emergency laws allowing supermarkets to stay open 24/7 when necessary, while South Australia will implement similar deregulated trading for 30 days from Saturday.

Under the new rules, South Australian shops will be able to trade 24 hours a day on weekdays, 12am to 9pm on Saturday and 9am to 9pm on Sunday.

The changes will help supermarkets maintain supply chains, restock shelves and consider implementing designated time periods for certain customers, according to The Advertiser.

Although retail and agriculture experts told the ABC that Australia’s food supply chains are fine, Woolworths chief executive Brad Banducci told The Age supermarkets are now effectively serving “50 million Australians, not 24 million”, and that this reality is getting increasingly difficult.