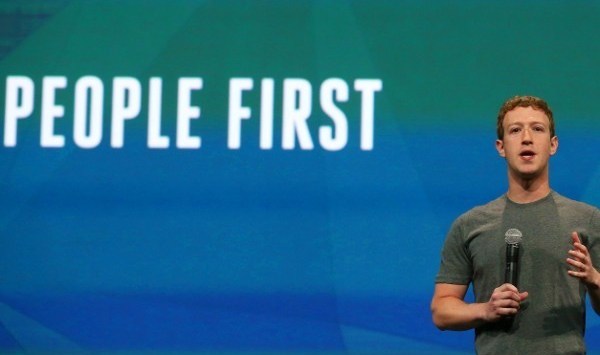 At Facebook’s annual F8 conference this week, the social networking giant has unveiled a number of ambitious plans and products with a focus on virtual and augmented reality.

Techcrunch reports Facebook has unveiled a new offering called Spaces, which allows up to four users with VR headsets to “hang out” in a virtual environment through a 3D avatar of themselves. The product is pinned as a “first taste” of Mark Zuckerberg’s visions for VR, though it currently has limited practical applications.

From a more practical standpoint, Facebook has also revealed the developer platform for its augmented reality offerings inside Facebook’s Camera function, according to Techcrunch, allowing developers to create their own Snapchat-like filters and lenses.

“Building an open platform I think is going to be one of the big advances that pushes this forward . . . all developers can work on [the open platform] so that way you don’t just have 10 or 20 effects but you have thousands.”

Facebook plans to monetise the platform after perfecting it, with a spokesperson telling Techcrunch “We are focused on making this product great for people before introducing paid ways for businesses to participate”.

A senate committee will hold public hearings over the next two days to consider how and why companies avoid their obligations the Fair Work Act, with pressure mounting for solutions to the exploitation of migrant workers after in the same week the government made changes to its 457 visa program.

The Senate Standing Committee on Education and Employment has been charged with considering trends and the frequency of breaches of workplace law across the country, with a specific focus on labor hire companies and businesses engaging in contracting arrangements that affect workers’ pay and condition entitlements.

The review will draw on submissions from employer groups, legal aid organisations, employees and unions and will hold hearings in Newcastle and Brisbane this week.

Sports footwear and activewear giant Adidas has issued an apology after it sent an insensitively-worded email to customers who had completed the 2017 Boston Marathon.

Adidas Running sent a promotional email to customers this week with the subject line, “Congrats, you survived the Boston Marathon!”

Three people were killed and more than 250 were wounded in an attack on the 2013 marathon. Customers were swift in their response to the messaging from Adidas, which was labelled insensitive.

The sportswear brand was quick to issue a statement in response to the global condemnation, saying it was “incredible sorry” for any hurt caused, reports the ABC.

“Every year we’re reminded of the hope and resiliency of the running community at this event,” a spokesperson said.