If you’ve had an idea that’s the first of its kind, chances are you’ve also hit a roadblock so fundamental it’s almost knocked your project our entirely.

Whether you’re developing a new concept or trying to monetise your idea for the first time, there’s no shortage of ways that things can fall apart until all might seem lost.

But should you give up, or stick with it? These five entrepreneurs weigh in on when you should give things one more shot, when you should walk away, and how to look past failure to just keep going. 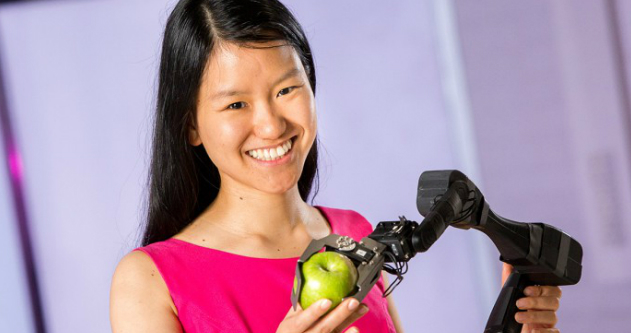 On the power of giving it one last try
As told to Australian Chamber of Commerce and Industry’s Mobile-ising Women event in August 2017:

“I went to London to study mechanical engineering at Imperial College. I thought, ‘it would be so cool if [my project] Robogals was in the UK — then we could be global’. But as soon as I arrived it was such a big place, I was so overwhelmed, I didn’t know where to begin.

“After three months there I realised there was nothing like Robogals in the UK, and there were 15 girls out of 150 in my mechanical engineering class … I thought, if I want to make a difference to young girls here, well I have to be the one to do it.

“But I cried a little less this time because I was getting used to this rejection. So I thought, ‘well I can keep doing what I’m doing and getting the same result, but I’m here in the UK for another six months, so I could do that, but maybe I should do something a bit differently’, in order to get a better result.

“I emailed everyone who said they were interested and said, ‘Hey, we had a really productive meeting! I’d really like to meet you!’

“By the third meeting we had four young women show up, and over the next six months I managed to gather a group of young people who were able to spearhead the initiative.”

On looking beyond your situation when things seem tough
As told during a panel at Business Chicks’ 9 to Thrive event in August 2017:

“At this point I don’t think I would exit the business … My business partner is incredibly insightful and incredibly intelligent and has forecasted a lot of market trends and tech trends and consumer trends. One day he said to me a few years ago, when I kind of lost my way a little bit, where I was very uninspired on a lot of things including my job, he was like: ‘Why don’t you just shut it down and launch it as something else?’

“I was like, ‘what do you mean?’ He was like, ‘just sell out of the jewellery, clear the warehouse out, and you’ll have x amount of money to relaunch Samantha Wills to be whatever you want it to be’.

“And his advice was how a lot of namesakes exited and very successfully … But I think for me it’s something that I want to pass down, when I have children, to them. It’s something that I hold so personal. And the business is secondary to the platform that allows me to have conversations with people in the community, and that’s what I want to continue to do.”

On letting go of your original project idea
As told at the Melbourne launch of The New Hustle in August 2017:

“We all want to stay true to our purpose or our mission — the thing that drove something to want to start something.

“With us, we just wanted wine to be more accessible to a younger generation. How we did that, we were less precious about. And that’s the thing that evolved, that’s the model.

“Vision to me is the complete picture of what you’re trying to build in pursuit of bringing your purpose to light. Purpose is the thing I think that needs to stay true through the company — purpose and your values. And if you stay true to those, you have a chance of staying true to yourself.

“Everything else has to change with people’s willingness to pay for it. Feedback from your audience and your customers. They tell you through transacting or not whether the iteration you’re currently on is ‘the thing’.” 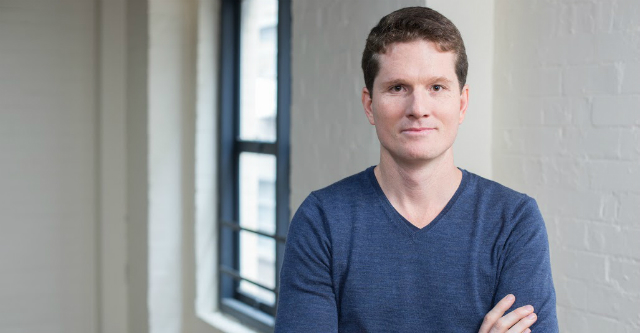 On looking past the bad days
As told at the Melbourne launch of The New Hustle in August 2017:

“There’s great times and there’s really low times. It’s just like sport, or anything …  And it’s really tough a lot of the time, and then things go well some days and it feels great. So I think coming to terms with that is actually probably part of it, rather than getting to a place [in business] where it’s always good … I don’t think that exists.

“I think you just get better at understanding that nothing’s permanent, and the shit days will end, and so will the good days. And you roll on, as long as you’re having more good days then shit ones, keep doing it.”

On signing off from your startup journey — for now
As told to StartupSmart in 2016:

“With business success comes sacrifice, and there may come a time where the personal trade-off for building a company is simply too much … I’ve been very fortunate in that growing Airtasker hasn’t challenged my work-life balance — even as the company rapidly grew from a small startup to the successful business it is today.

“I’ve always been a family oriented person. Managing operations at the business and being fully present in my personal life has become too big of a challenge. So … I will leave my day-to-day role with the company and relocate to Singapore with my wife to be closer to my family.

“Whilst I’m sad that I can no longer steer the business from an operational perspective, having built and worked alongside our team for so many years, I am super excited and confident that the team will continue to push the envelope.”