Five lessons from Dropbox’s expansion Down Under: “It’s important to use local customers and get them to tell the story” 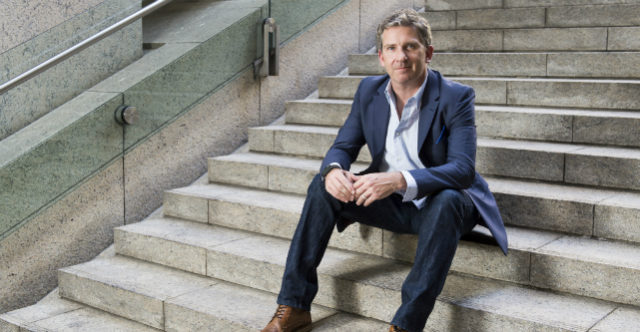 When a company enters a new market it’s never really certain what will work—and that’s true even when the company is global software giant Dropbox.

“The scariest challenge is in the planning phase because when you start you’ve got a blank sheet of paper,” says Dropbox managing director for Australia and New Zealand Charlie Wood when reflecting on the early days of bringing Dropbox Down Under.

“There’s a hell of a lot of unknown that you’ve got to try and get right,” Wood tells StartupSmart.

Wood joined the cloud-sharing platform two-and-a-half years ago and helped establish its regional headquarters in Sydney in 2014. Since that time, Wood says Australia has become one of the company’s fastest growing markets.

Globally, Dropbox has recently hit $US1 billion ($1.3 billion) in annualised global revenue, and according to to MIT Technology Review, the company is acquiring 10 million new users around the world each month.

“One in two Australians use Dropbox,” says Wood.

“All these things are starting to align,” he says.

Build a team that scales

When recruiting people for your team, Wood says culture, innovation and brand should be strongly aligned with each person. Because while it may be “really easy” to have great collaboration and culture in a small team, this can become a challenge as that team grows to 100 people or more.

To mitigate this, Wood says it’s important for growing businesses to manage collaboration and culture strategically so they’re entrenched in the company—no matter how large it gets.

“You’ve got to be very deliberate on how you plan that,” he says.

“[And] have a very strong engineering team.”

Dropbox’s goal to build “infinitely scalable hard drive stored in the cloud” is a lofty task and so putting innovation at the forefront of the business has been critical, says Wood.

Dropbox is constantly releasing new tools and features and some of these evolve out of its “hack week”.

The event gives Dropbox employees a chance to step away from their day-to-day work and play with new ideas, Wood says.

“What we see is a lot of that trickling down into products … we’re incredibly collaborative.”

“One of my biggest challenges [when Dropbox launched Down Under] was how do we scale that message.”

The trick, he says, is to ask the people you serve what they really think of your product or service and its value.

“People are often very giving of their time if they’re asked for their opinion and it’s done in a genuine way,” he says.

“You never have infinite resources,” he says.

“You’ve got to get out there … it’s important to use local customers and get them to tell the story.

“It just takes time to get those stories by industry and sector to permeate.”

In addition to turning customers into brand ambassadors, Wood says participating in public events such as chief innovation officer forums, as well as running Dropbox’s own events, has helped drive brand awareness and engagement.

Wood says the Australian office recently ran an interest group by randomly inviting users to come and share their opinions of Dropbox. Guests were given free drinks and food and specially made t-shirts, and they watched a live panel talk.

“You’d be surprised how far that can get you,” he says.

Learn from those who’ve done it before

When developing plans to launch your business or take it global, Wood says founders can be faced with big questions like what targets should be set, what type or size of team should be built, and what should be done first.

“I brought a lot of people into here that have worked at companies like LinkedIn and Salesforce,” he says.

“We bring lessons from those organisations.”