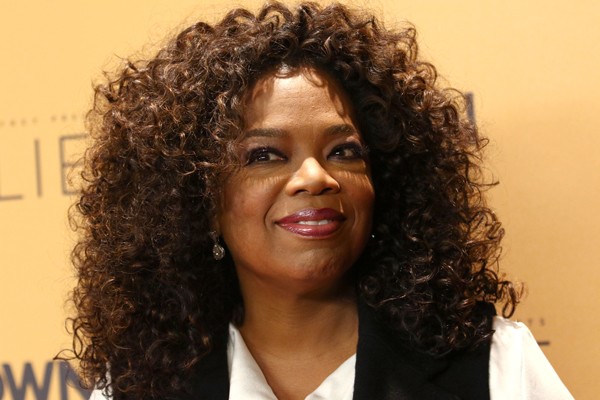 You might have thought you’d seen it all in the world of US politics, but the age of the celebrity candidate certainly seems far from over.

Fans of one of the world’s most prominent entrepreneurs, Oprah Winfrey, have spent the past 24 hours begging the presenter and media powerhouse to consider running for a Democratic nomination for the 2020 presidential race.

The calls come after Winfrey delivered a rousing speech when accepting the Cecil B. de Mille award for outstanding contributions to the world of entertainment at the 75th Golden Globe Awards ceremony on Monday.

Advocating for the importance of diverse female representation in the media, Winfrey reflected on the range of revelations about harassment in Hollywood, telling young women watching “a new day is on the horizon”.

Her speech has now been watched more than 1.5 million times, but Winfrey’s power goes well beyond yesterday’s performance. Boasting a Forbes-estimated net worth of $US2.8 billion ($3.57 billion), she is a media mogul, investor, presenter and cultural icon who has carved spaces for herself as both a performer and businesswoman.

Over the years, Winfrey has spoken countless times about motivation and passion in business, as well as how she maintains motivation to make that next move. Here are four business lessons from Oprah.

Speaking to a college graduating class last year, Winfrey reflected that across her career, every successful move has come down to “intentional living” and betting on herself and her own capabilities, rather than listening to others.

This involves ignoring voices around her who claim things are “too big of a risk” and instead listening to her inner voice when it tells her she is able to face those risks head on.

Spending time with yourself to work out your goals and abilities is tough, but Winfrey says it’s the best way to end up in the place you want to be.

“Every decision I’ve ever made, I’ve come back to that space,” she said.

2. Focus on other people’s vulnerabilities

In Winfrey’s Golden Globes speech yesterday, she discussed how a lot of her career has been a process of speaking to people about their struggles and the most vulnerable times in their lives.

Not only has this allowed her to build a community, she says it also feeds into her focus on gaining power by being truthful about yourself and recognising other people’s experiences.

“Speaking your truth is the most powerful tool we all have,” she said yesterday.

3. Make sure your success has meaning

“Let me tell you, money’s pretty nice,” Winfrey told an audience at Stanford University in 2008.

“But having a lot of money does not automatically make you a successful person. What you want is money and meaning.”

Winfrey has spoken a number of times about making business and life decisions in line with your personal values rather than the profits, suggesting that ignoring your true values and feelings in business will only come back to bite you later.

“If you ignore the whisper, sooner or later you’ll get a scream,” she said.

4. Make peace with the bumpy ride

The Oprah Winfrey Show was a number-one rating talk program for two decades, but in 2013, Winfrey reflects that her decision to “recalculate” by launching her own TV network did not equate to immediate success.

Speaking to Harvard’s graduating class in 2013, she says mainstream media had called her Oprah Winfrey Network “a flop” just after it had launched and that she was embarrassed and in the “worst period of my professional life” when the new idea didn’t immediately get off the ground.

However, she says she sustained her motivation and determination to improve the network’s performance by subscribing to the idea that “this too shall pass”.

Saying the “law of averages” will see all entrepreneurs fail at some point, Winfrey advocates getting beyond disappointment and into determination.

“I am going to turn this thing around and I will be better for it,” she said of those early days with her new venture.

God help us. Having a grandstanding SJW as Prez will be the end of western civilisation. It will simply drown in a sea of cultural marxism.