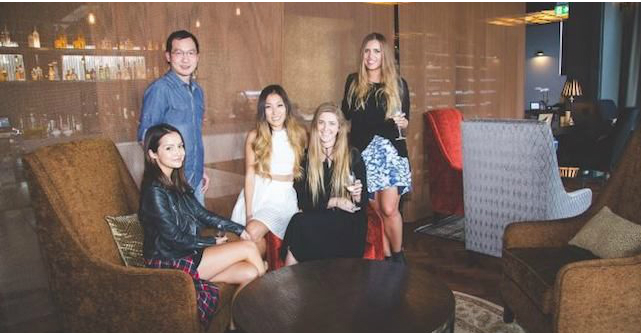 Jane Lu may be the founder $30 million online fashion retailer Showpo, but, like many other entrepreneurs, her first foray into the world of business wasn’t necessarily a success.

Lu has opened up about the experience in a four-part YouTube series aimed at helping budding entrepreneurs start their own business, called “The Showpo Story by Jane Lu”.

Lu told Business Insider she was inspired to start the series due to a number of people seeking her advice, saying she has been “asked multiple times by different individuals, groups or associations to share my story”.

“Unfortunately, I just don’t have time to sit down and have a chat with everyone or jump on the phone,” she says.

“But I hate saying no and I hate not being able to help when being asked! So I thought that by sitting down and actually telling the full story it would be really accessible to anyone interested.”

The first of the four videos discusses Lu’s business journey with Showpo up until this point, with Lu discussing the rapid growth of the business, which has gone from $7.5 million in revenue in 2014 to $30 million today. The entrepreneur’s goal is to reach $100 million in annual revenue by 2020.

However, Lu emphasises her startup story came from humble beginnings, admitted she “didn’t have the best start”. Here are Lu’s four lessons from her “failed” first business.

In the video, Lu reminisces about her first business venture — a clothing and accessories retailer called Fatboye Group that used underutilised floor spaces in venues like bars to sell goods in a market-style stall, and which Lu ran with a friend. The two would load up a van with products stored in Lu parents’ garage four times a week, shipping them off to locations for a few hours of selling before packing it all up again.

“This all sounds pretty stupid now. How was this business ever going to be scaleable?” Lu asks in the video.

“It was so labour intensive, we had stock turnover problems, we were limited by foot traffic, and there was no product market fit, just to name a few issues.”

Lu describes scaleable businesses are those where entrepreneurs “work to grow the business, and the business works for you”, where labour and time do not “directly impact the outcome”.

For her first business, Lu says she and her business partner had an inefficient sales model that involved taking a commission based on the sales they made. With the goal of making $1 million in their first year, the two wanted to stock products from 100 designers, and “sell two things from a designer a week with an average sale of $100”.

“You don’t know what it’s like until you start, so don’t back an estimate until it’s tested and trialled,” she advises.

“Start with a minimum viable product.”

3. Get your product mix right

“You need to be selling what customers actually want,” Lu says.

“I know this sounds really obvious, but we thought that if we liked it, the customers out there would, but it’s really not as easy as that.

“If you’re selling a product that’s not in demand, there’s not enough PR or marketing in the world that can make it work.”

4. The model must work

Finally, Lu says no matter the amount of passion put into a business, if the model is initially flawed, there’s no way of saving it.

Despite thinking the business she was running with her friend was an innovative new approach to a traditional market, in hindsight, Lu says the reason it wasn’t being done was because it doesn’t work.

“I’m not saying don’t not go and try and reinvent the wheel,” Lu says.

“But if you do have a new idea or a new business model, really scrutinise it a lot more than we did before you go all in and invest all your money into it.”

The next three parts of Lu’s series on the beginning of Showpo can be found on her YouTube channel here.