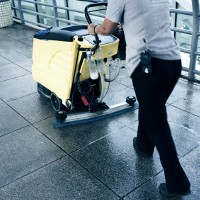 The Federal Court has ruled a collapsed Melbourne cleaning franchise engaged in unconscionable conduct and breached the Franchising Code of Conduct, ordering the company’s former director to compensate two franchisees and pay a fine of $30,000.

But within months the company had collapsed, with Ivan Glavas of Worrells Solvency and Forensic Accountants appointed liquidator on September 11.

Glavas declined to comment on the court proceedings when contacted by SmartCompany this morning but did confirm the liquidation process is still underway.

In a verdict handed down this week, the Federal Court found South East Melbourne Cleaning engaged in misleading conduct, made false or misleading representations and contravened the Franchising Code of Conduct when it signed up two separate cleaning franchises.

While the court is yet to determine the level of pecuniary penalties it will impose on the company, it ordered the company’s former director Brett Jones pay a fine of $30,000 for his involvement in the contraventions. Jones has also been ordered to compensate the franchisees to the tune of $23,000 and pay a contribution to the ACCC’s legal costs.

Jones has been disqualified from managing a corporation for two years, and along with the company’s former sales manager, Astrid Haley, has agreed not to be directly or indirectly involved in the management or marketing of a franchise business for a period of two years.

The court heard the cleaning company provided the franchisees with a “Coverall Australasia Franchise Plan” which indicated how much money each could expect to make on a monthly basis, despite not having a reasonable basis to make the representation.

The court also heard the company failed to pay the two franchisees for cleaning services they had provided, in breach of the company’s franchise agreement.

Melissa Monks, special counsel at King & Wood Mallesons, told SmartCompany it is relatively rare to see business-to-business unconscionable conduct cases, but this case and the proceedings the ACCC has launched against Coles “demonstrate the regulator’s appetite to test the law here”.

“Although the courts accept that commercial dealings involved hard bargaining and can be relatively robust, there is a point at which this can cross over into unconscionable conduct and a breach of the law as we’ve seen here,” says Monks.

Rohan Harris, principal at Russell Kennedy Lawyers, told SmartCompany the case also highlights the fact that company directors or senior officers “can’t hide behind the corporate veil” when it comes to unconscionable behaviour.

“The corporate entity itself is in liquidation but that doesn’t mean the directors or seniors officers can escape liability,” says Harris.

Monks says franchisors must take extra care in their commercial dealings, especially in relation to payments outside of what has been contractually agreed to.

Harris agrees, saying it is incumbent on directors and senior officials, particularly in the consumer space or regulated industry such as franchising, to understand their obligations and to ensure they have the proper systems in place.

“They must understand the ACCC has a very broad range of powers and options open to it,” he says.

But at the same time, Harris says potential franchisees also have a responsibility to get professional advice and to understand the terms of what they are agreeing to.

“As a franchisee, you can’t just rely on the ACCC stepping in,” he says.