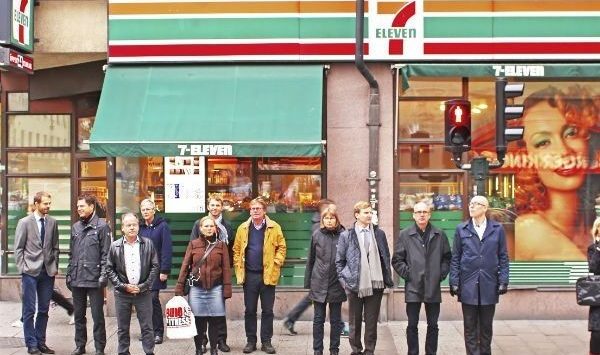 The federal government is seeking to increase penalties tenfold for deliberate underpayment of workers and make franchisors more responsible for their franchisees’ actions, but franchise experts believe the move is an overreach that will stop international franchisors from entering the Australian market.

On Wednesday employment minister Michaelia Cash announced the government would be cracking down on “dodgy bosses” through the Fair Work Amendment (Protecting Vulnerable Workers) Bill 2017, which is currently before Parliament.

“Last year, all decent Australians would have been appalled at video footage of young 7-Eleven workers being led to an ATM and forced to hand back part of their wages in cash,” Minister Cash said in a statement, arguing the legislation will deliver on the Coalition’s promise to protect vulnerable workers.

Read more: Can 7-Eleven be trusted to clean up its own mess?

The legislation outlines the government’s intention to amend the Fair Work Act to make it expressly unlawful for employers to ask employees to “pay back” some of their wages under cashback schemes and to increase the maximum penalty for franchisees that engage in systematic underpayments from $54,000 to $540,000, reports Fairfax.

Franchisors could also face fines of up to $54,000 in cases of underpayment by franchisees where it is found the franchisor should have known what was happening, according to the legislation.

“When someone abuses their power — whether it is union bosses intimidating small businesses or dodgy employers exploiting vulnerable workers — the Turnbull government will take action,” Minister Cash said.

The legislation also proposes to strengthen the powers of the Fair Work Ombudsman to allow it to issue a “FWO Notice” to compel individuals and companies to produce documents and appear before the Ombudsman, giving it “enforceable powers of questioning” for the first time ever.

The introduction of the bill comes as the business community continues to grapple with ongoing concerns about the profitability of franchise models and underpayment of workers across some of the country’s largest franchise networks.

In late 2016 claims emerged that Caltex bosses had instructed staff to lie about wages ahead of audits by the Fair Work Ombudsman, a claim that Caltex denied when asked by SmartCompany.

Legislation is “regulation overreach in the extreme”

Franchise experts and business groups are less than enthused about the proposed changes, with Franchise Advisory Centre director Jason Gerhke telling SmartCompany it is a “massive threat” to franchise systems.

“The idea of holding franchisors ultimately liable for the wage underpayment of their franchisees creates such a high level of unmanageable risk for franchisors as to be a disincentive,” he says.

Gerhke believes the day-to-day impact of the changes on the relationship between the franchisor and franchisee would also put some off buying a franchise business in the first place.

“In the first instance, an existing franchisor may respond by demanding such a huge level of detail about how [a franchisee] pays their staff that the franchisee will be completely micro-managed,” he says.

“This is regulation overreach in the extreme.”

These concerns are echoed by the likes of the Australian Industry Group, which says the legislation could put off international businesses from starting franchise networks in Australia.

“Franchising is growing rapidly in Australia. This business model enables thousands of people to establish their own small businesses, and employ many thousands of other Australians. It is important not to put a hand-break on business and employment growth,” Ai Group chief executive Innes Willox said in a statement on Wednesday.

Gehkre believes that if a franchisee is “hell-bent” on deceiving its brand’s head office and underpaying staff, they will do so regardless of regulation.

“It’s inconceivable that you’d penalise the entire population of franchisors on the alleged actions on less than half a dozen,” he says.

“I think that any brands that had Australia on its radar up until yesterday will now be reconsidering.”

The underpayment of workers, particularly those working in retail and hospitality sectors, remains one of the Fair Work Commission’s top priorities.

In its 2015-16 annual report, the Ombudsman highlighted that underpayment was not often caused by one sole individual, and its office is intent on focusing on cases where multiple managers and individuals are involved in underpayments.

“Nearly every matter we filed in court—92%—roped in an accessory (a party other than the employer who played a role in the exploitation of workers). In 2015-16 this included accountants and human resource managers,” Fair Work Ombudsman Natalie James said last year.

The government claims the new legislation would not affect a majority of businesses, only those found to be doing the wrong thing.

“The new increased penalties and liability provisions will not impact the vast majority of employers who do the right thing, or who simply make honest mistakes,” Minister Cash said in a statement on Wednesday.

Note sure whether Jason Gerhke or Innes Willox actually said “It’s inconceivable that you’d penalise the entire population of franchisors on the alleged actions on less than half a dozen” but the Federal Government is proposing to do exactly the same with those providing Small Amount Credit Contracts (and now rental leases) in the finance sector. The entire industry has been consistently tarnished by the actions and greed of around 15 major lenders and a number of lessors. Common sense – no? Conceivable – absolutely!