Do franchisors run different businesses than their franchisees? 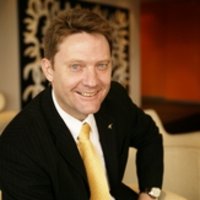 There are 1160 franchise brands operating in Australia (according to the 2014 Franchising Australia Survey), which means that at least 1160 businesses have at some point made the decision to use franchising as a method of growth.

Each of those brands would have realised that franchising a business is unlike other growth strategies, and involves a learning journey for the founder as much as for any franchisee.

Firstly, some don’t make the transition, and either sell their businesses before they get too big for them to manage, or they hire people smarter than themselves to run the business (and to whom they give enough operational freedom so that they can actually run the business).

Secondly, the transition is facillitated by realising that a new business is created along the way – the business of a franchisor.

The differing roles of franchisor and franchisee

In other words, the franchisor will have generally ceased being a takeaway store operator themselves, and instead have evolved into a business management and marketing service for takeaway stores.

The distinction might seem subtle, but is significant in its own way, especially if the franchisor is to add any real value to the franchise relationship after the franchisee has developed their own core proficiency as a takeaway food operator.

Outsourcing functions of the business

This relationship involves both franchisors and franchisees outsourcing certain functions to each other.

This outsourcing of roles by one party to another in the franchise relationship is commonly misunderstood by new franchisees, and often by new franchisors as well. However, it is best understood by franchisees who own multiple outlets as they will commonly develop an employment structure to support their outlets that generally mirrors that of the franchisor (e.g. there may be an operations manager, training manager, HR manager, marketing manager, etc, depending on the number of outlets owned).

It is useful to look at a franchise relationship as one of outsourcing as it helps understand franchising behaviour.

Outsourcing functions does not eliminate all risk

The problem with outsourcing risk is that the party who outsources it (the franchisee) may mistakenly believe that they have eliminated ALL risk and that they are also quarantined from the consequences of their own risk-taking behaviours.

No franchise relationship can successfully eliminate risk to one or the other party, and it can often come as a rude shock to a franchisee to learn that the franchisor will not step in and buy the franchisee’s business when it gets into trouble, or offer to waive fees or pay trading costs.

Likewise, it can sometimes come as a shock to a franchisor that their system isn’t perfect if a franchisee has made improvements, or found deficiencies.

The roles that the respective parties outsource to one another, and the extent to which the parties work together and hold each other accountable for their outsourced roles ultimately determines the success of both franchisees and franchisors.