Five franchising lessons from “The Founder” of McDonald’s 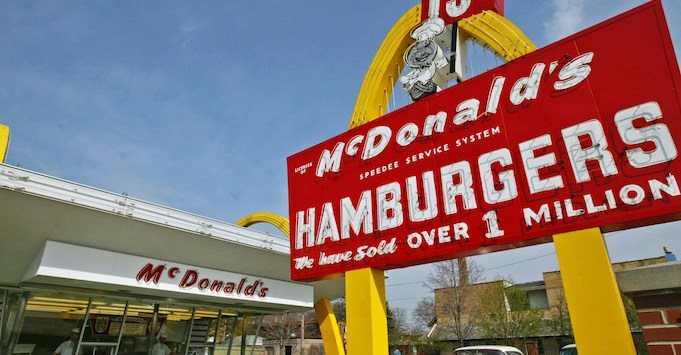 Being released in cinemas this week, The Founder is the story of how Ray Kroc built the McDonald’s empire.

Michael Keaton plays Kroc and portrays him as an unlikeable, ruthless character who steals the ideas and even words of others without shame. He takes the brand concept and systems originated by Mac and Dick McDonald and passes them off as his own work. In doing so he grows their small operation to one across the US and internationally.

On the facts as presented in the film, there are a number of lessons familiar to experienced franchisors on the dangers to be aware of and essentially, the mistakes to avoid.

1. Choosing the wrong franchisees at the start

“And spend the next 10 years trying to get rid of them!” say many franchisors. Ray Kroc is no exception, with the first few McDonald’s franchisees failing to follow the system. We could also observe that the McDonald brothers may have ultimately regretted their choice in Kroc as master franchisee.

2. Having too slim a royalty or revenue stream

As master franchisee under a fairly unfavourable contract, Kroc has a very thin slice of the profit pie. This was not enough to support his operations or to grow the business, a situation that almost leads to its collapse. We all know that for franchising to work everyone has to have enough of the revenue to be profitable, and while we usually think of franchisees in this situation, franchisors and their masters also need enough to fund their own businesses, provide the support to franchisees, and to expand the system and be successful.

3. Not taking control and command

In the film, the McDonald brothers are all about keeping control of their automated system for making and selling burgers and their menu. They emphasise the importance of maintaining control to Kroc, who learns the lesson himself when faced with his early franchisees refusing to follow the rules. He then alights on a solution to both his problems – in becoming landlord to his franchisees, it provides him both an additional revenue stream to the meagre royalty and a way to control the sites and eliminate any troublesome franchisees.

The flipside to exerting control and uniformity is that the McDonald brothers were so rigid in their application of their system that they refuse to accept any ideas for improvement – a situation that ultimately forces Kroc to act and assert his power.

Dick and Mac McDonald gave the master franchise rights to the whole country to Ray (for nothing upfront apparently?) in return for only a small royalty share. Once Kroc solves his own revenue problem he grows his empire to a stage where he overtakes them in wealth, which then puts him into the position of power and superior bargaining position.

The film shows Ray Kroc to be someone who is incapable of a single original idea. This lack of imagination means he fails to see that he could have just replicated the McDonald’s system under a different brand, rather than sign on with the unfavourable deal with Mac and Dick McDonald.

When he is posed with the query as to why he didn’t pursue that path, he attributes the success of the chain to the very name “McDonald” and believes it to have some kind of inherent magical quality or appeal. He appears to fail to understand that he has personally built the brand and the mythology surrounding it. Whether Kroc really thought this or whether his original decision was more likely a result of needing the experience and resources of the brothers, he made up for this initial lack of creativity with other qualities.

Kroc ultimately attributes his success to persistence, but he also obviously had an innate ability to recognise a great idea and put it into action.

Corinne Attard is a partner at Holman Webb Lawyers specialising in retail, franchising and distribution and represents some of Australia’s most well-known brands. Prior to this, she was the general counsel at Michel’s Patisserie where she had oversight of over 350 stores. Corinne has been named by the International Who’s Who of Lawyers as one of Australia’s top franchise lawyers each year since 2014.

I think Ms. Attard, and apparently the film “The Founder” missed understanding the respective genius of Ray Kroc and the McDonald brothers altogether. I knew both Mr. Kroc and Dick McDonald, as I served as corporate communications officer of McDonald’s Corporation, up to my retirement at the Millennium. Dick and his brother Mac were innovators, tapping into unmet post-war demands for economy, self-service, simplicity and reliability in food service. Ray Kroc knew the food and beverage business and was a naturally talented salesman. Ray saw a path to expansion, replication and branding, and had the ability and persistence to follow-through, which the brothers did not. When Dick and Mac franchised a handful or stores, they didn’t even care if a franchisee used their name or some other. Nor did they intend to work as an active partner with the franchisees. Ray saw the all-American appeal in the name McDonalds, and he planned to work with franchisees to assure their success. Ray found the McDonald’s brothers too slow in approving new locations, so he contracted to buy them out, which he did. There were disagreements after the deal was closed and Kroc and the brothers were alienated, The film apparently, though I have not yet seen it, is presented from the perspective of the brother’s descendants, not that of McDonald’s Corporation. I knew Dick McDonald very well in his later years, and he was generally reconciled with the company, though because he kept a low profile personally, he was sometimes provoked into anger when he saw others looking at Ray Kroc as the founder. The McDonald brothers were pioneers of the fast service food industry and the geniuses of the original McDonald’s restaurant concept; Ray Kroc was the founder of McDonald’s Corporation and the genius behind the business system that evolved and grew the global McDonald’s business. I wrote the story of the later relationship of McDonald’s Corporation with Dick McDonald in my essay “Breakfast With Mr. McDonald” for the Chicago Literary Club, which can be read at http://www.chilit.org,then searching under “essays by members” then “E” for my name, Charles Ebeling. There is also more about McDonald’s andMr. McDonald at my blog, http://www.applewoody.com.

After watching the film, I started getting more curious about the relationship between Dick and Mac McDonald. I ended up here, thanks for sharing your perspective and history with us, and I’ll read your paper soon 🙂