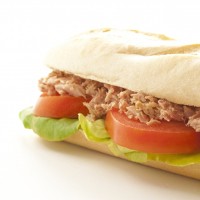 A former Melbourne franchisee of Subway is threatening to release the sandwich giant’s trade secrets online unless he is paid $35 million.

According to Fairfax, Subway has obtained an emergency restraining order against Melbourne man Arun Singhal, after Singhal sent emails to Subway’s US headquarters detailing his demands.

Subway says Singhal has created instructional videos for a website about the fast food chain’s processes – known as “the system” – and court documents seen by Fairfax say Singhal has told Subway he has already leaked confidential information to US newspaper USA Today.

Fairfax reports Subway believes the apparent blackmail attempt is part of a “spiteful campaign directed at destroying Subway’s reputation or causing it loss” by Singhal, who previously operated a Subway franchise in the Melbourne suburb of Oakleigh.

Singhal signed on as a Subway franchisee in January, but the franchisee agreement was terminated on April 28.

A spokesperson for Subway told SmartCompany the sandwich chain is unable to comment because legal proceedings are on foot.

Jason Gehrke, director of the Franchise Advisory Centre, told SmartCompany the case highlights the importance of fully researching the background of all potential franchise candidates.

“It’s much easier to recruit an unsuitable candidate than exit them from the network,” says Gehrke.

While Gehrke says there are a number of provisions in the Franchising Code of Conduct which allow for the immediate termination of franchisees, giving some protection to franchisors, he says these provisions relate to extreme circumstances and it is not clear if they would apply in this case.

Nevertheless, he says franchisors and franchisees need to be aware of the possibility of these types of situations occurring.

“While reactions by former franchisees of this nature are rare, they are not without precedent either,” says Gehrke.

“Every franchisor will always try to do their best to recruit the best quality candidates, but as we saw as recently as last week with the Myer executive, sometimes even the best due diligence might not reveal if a candidate is unsuitable.”