For prospective business owners, investing in a franchise might seem like a safe foray into retail and service industries. It can present a simple means of running a business with an established market presence, ongoing opportunities and a larger operational framework to rely on when it comes to process.

For some, however, the experience of running a franchise business can often read like a cautionary tale.

The recent Fairfax investigation into the Retail Food Group has voiced several concerning allegations by franchisees operating brands under the Australian franchise giant’s crest, (including Donut King, Michel’s Patisserie, Gloria Jean’s and Brumby’s) claiming they were unable to exit complex and imbalanced franchise agreements when they found themselves chained to unprofitable businesses. This in turn has led to many instances where franchisees have faced financial and personal ruin from such ventures.

With a recent call for a parliamentary inquiry following these disturbing claims, SmartCompany takes a look at some of the franchise horror stories and disputes that have come to light over the past few years.

In late 2014, a former Wendy’s franchisee claimed that during the eight years prior, 116 stores Australia-wide had either collapsed or been bought back by management.

Shortly thereafter, a former Wendy’s franchisee gave a detailed account to SmartCompany about how the reality of operating their business fell short of the initial ‘rosy picture [that] was portrayed’, which led him to sell the business at great personal cost to his 30-year marriage and family’s wellbeing.

At the time, Beyondblue representative Nick Arvantis told SmartCompany small business owners can face increased risk for depression or anxiety, and recommended they seek out resources.

“Small business owners are in a unique position and face a range of additional risk factors such as longer working hours (particularly during the startup phase), financial uncertainty and expectations for their business to flourish,” he said.

A 2015 joint investigation by Four Corners and Fairfax Media revealed a systemic culture of 7-Eleven franchisees underpaying and mistreating workers on migrant visas, threatening them with firing and potential deportation if they complained.

While the company blamed individual franchisees for unethical behaviour, a slew of insiders asserted the company was complicit. Those who spoke out alleged that 7-Eleven exploited franchisees with financially unviable agreements, saying the company’s bottom line was dependent on widespread wage fraud.

“Head office is not just turning a blind eye, it’s a fundamental part of their business. They can’t run 7-Eleven as profitably as successfully as they have without letting this happen,” a head office whistleblower told the investigation.

The company responded to the initial outrage by offering to buy back franchises and conduct an independent review of wages and payroll compliance. In June this year, it was reported the company had volunteered to back-pay workers in a compensation scheme totalling more than $110 million, and in July, court penalties for individual operators pursued by the Fair Work Ombudsman exceeded $1 million. 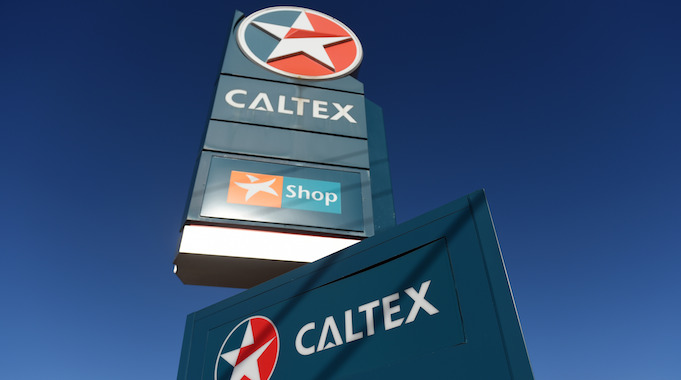 In a similar vein to allegations against 7-Eleven, Fairfax investigated claims late last year that franchisees operating Caltex service stations were underpaying and overworking employees across the petrol company’s network.

While the company denied the allegations, one worker who spoke out claimed his family was subsequently threatened.

Ex-franchisee Kevin Crossey sold up after being unable to make ends meet, saying that Caltex’s business model was unviable and created a breeding ground for employee exploitation and wage fraud from desperate business owners.

“It got to a point where we couldn’t be compliant and so I decided I wanted to be able to sleep at night so we sold out,” he told Fairfax.

The Fair Work Ombudsman reportedly warned Caltex in advance they would conduct random audits of sites to encourage compliance and root out those in breach of workplace law. In addition, the company informed franchisees it would conduct its own mandatory audits, and could seize sites without offering owners financial compensation if they were found to be non-compliant.

Some struggling owners refused audits on the grounds they feared Caltex could terminate their arrangement on unforseen technicalities to arise from the audit process, and a number have reportedly reached a confidential legal settlement with the company.

The company also announced it was reviewing the franchise model, leaving the market value in a precarious state and many franchisees still uncertain about their futures at September this year.

Earlier this year, Fairfax Media reported a six-month investigation into the pizza chain Domino’s, revealing that many franchisees were struggling to make ends meet in the face of rising product and labour costs, and increased competition from rival Pizza Hut (whose franchisees have also suffered from the pizza discount war).

The investigation uncovered evidence from external store audits that suggested fraudulent behaviour and underpayment of workers. While the company did not draw a link between franchises struggling to turn a profit and those deliberately underpaying staff, stating that such behaviour was greed-driven, those on the frontline had a different view.

Ex-franchisee Kamran Talebi told Fairfax: “If they say I was inefficient and didn’t know how to run a store then I say, ‘do I have to steal from my workers to make a profit?’ Is that the way to run the business?”