How I sold Crust for $41 million: Costa Anastasiadis’s eight lessons 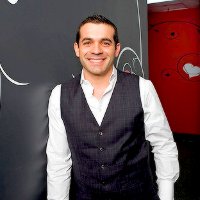 When Costa Anastasiadis founded pizza chain Crust in 2001, he had no strategy, no growth aspirations and, self-professedly, no idea what he was doing.

As a 23-year-old, Anastasiadis had never been to university, but his family entrusted him with the responsibility to turn around his family’s fortunes after his family’s pubs and clubs business had almost gone bust.

Speaking at a Grange Partners event, Anastasiadis says he started out with one store, which he just wanted to be the local pizza store that “did it really well and connected with people in the area”.

Nine months after opening, he partnered with his cousin, Michael Logos, and opened a second store in Richmond, Victoria.

“There were no delusions of grandeur then, the delusions came later on. So the real focus was on organic growth and just having a strong stable,” he says.

“We grew very organically and just ran good stores and understood the business.”

After four years in business, Anastasiadis had four stores and the opportunity to franchise arose. This model was attractive to the pair because it offered the opportunity for quick growth, without too much financial outlay, but they didn’t start to see “the fruits of their labour” until their fiftieth store.

Between years five and 11 they opened about a store a fortnight, growing Crust to around 120 stores. The pair invested heavily in a technology, marketing and developing strong finance teams.

In October last year, Crust was sold to Retail Food Group for $41 million in a cash and share arrangement, but it wasn’t an easy road. Anastasiadis has shared his eight best lessons for success based on his 12 years in business:

For Anastasiadis, his biggest mistake was getting caught up in the growth of the business.

“What would have maximised our profit would have been to focus on some more on company owned stores. We had a few, but not many,” he says.

“Doing it again, I would have had a better mix of franchise owned stores and company owned stores and have had a team looking after them. There’s something to be said about owning your own stores when our stores were turning an 18-22% profit and turning over $1.2 million to $1.4 million a year.”

Anastasiadis says had Crust owned another 10 stores itself, it could have added another $2.5 to $3 million to its bottom line.

Anastasiadis didn’t have a business strategy when he started Crust, but this changed as the business grew.

“About 2.5 years ago there was a major consensus amongst the group to really nut down what our strategy was going to be and start doing strategy sessions. We started identifying some white elephants in terms of what was keeping us back and what we needed to focus on,” he says.

“This realigned us and things like IT became a big issue and a real focus change for maximising profit… We also got our menus from China for five cents and sold them to our franchisees for 12 cents. They couldn’t get them for less than 14, so it was good for them and for us.”

This focus on maximising revenue streams occurred as Anastasiadis and Logos started thinking about exiting the business.

While Crust successfully opened stores in New Zealand and Singapore, its move into the United States was a disaster.

“We didn’t have a very good company in the US wanting to take Crust over, we had an LA cowboy,” he says.

“He came to us and he wanted to take Crust to LA. We ended up going to LA and opening up a store which fizzled. Our ego got the better of us and we believed the hype of what it was going to be, even though we were advised by our lawyers not to do it.”

Anastasiadis says the concept of Crust wasn’t a good fit for the US, something a few of Crust’s five directors at the time realised.

“In the States it’s very much about customisation like Subway. Just as Crust was opening there was this new customisation model emerging. Our palate is also a bit different to theirs, we have a gourmet offering and they like the traditional, simpler offering,” he says.

“We spent a lot of money, but had some good nights. We sent guys over there for a month at a time to support the store and every time something would go wrong we’d get a phone call and end up all flying over there. My preference would have been to build the brand domestically and make sure our stores here were aggressive and strong.”

Crust grew organically as a local pizza shop, but marketing became more important to the brand when it took on a franchise model.

But while marketing was vital to grow the brand, it was necessary to use Crust’s small budget wisely, targeting the right audiences.

“The focus of the company went from the product as the number one in the early stages (because if we didn’t have a credible product we’d have fallen over), to marketing in order to get the heart foundation tick of approval and then to IT to build the online store,” Anastasiadis says.

“A lot of marketing the stores did was very community based and localised. We didn’t have the budget for big commercials or radio ads, so a lot of the focus was around the community.”

Community-based advertising meant Crust started to resonate with locals who would often buy from Crust because it supported local sporting teams.

“Our marketing success was a combination of social media and a real integration with the community,” Anastasiadis says.

Business over family in family business

One of the toughest challenges for Anastasiadis was managing the governance of Crust given it started as a family business, before becoming a franchise.

“There is a certain level of expectation when you’re dealing with family and you’re walking a jagged line between what’s kosher and what you can and can’t do,” Anastasiadis says.

“They expect special treatment and that’s when you have to decide if you’re running a business or a backyard operation. A lot of them were okay with the decisions we made, but a lot also got their knickers in a knot about some of the things.”

Lucky for Anastasiadis there were no family breakdowns, but on reflection he would have created a family constitution to help with governance.

“There were five directors, all family, and there was a certain level of ‘we started this so we’re going to do what we want’. When we decided to restructure two years ago I wanted to get an HR manager… she lasted four weeks,” Anastasiadis says.

Selecting the right franchisees can make or break a business, but Anastasiadis says he got it wrong 10-15% of the time.

“We got it right most of the time, but there probably wasn’t enough emphasis on being diligent and getting the right franchisees in the beginning. This was another mistake on our behalf because where they fitted the criteria and they had the money, nine times out of 10 we’d give them the nod,” he says.

“Very seldom did we knock back franchisees; that’s another thing I’d do differently. Some of the best franchisees though were those who came from a trade background like plumbers and electricians.”

As Crust grew, Anastasiadis says it was necessary for its culture to change, even though this upset some family members and franchisees.

“When we first started the business we had a very flat hierarchy, we were very accessible and hands on. This is where the culture of the business changed. We had to go from being very involved, choosing everything like the colour of the pizza boxes and micromanaging to almost a mentoring role,” he says.

“We had to collaborate a lot more, although we did still have to make the hard decisions at the end of the day. But when you have a group of 10 people who have the best interests of the business at heart, nine times out of 10 the right decision will be made.”

It’s all about timing

“Retail Food Group came at a time when the directors were ready to exit. We had 12 great years together, but we knew it was time for a new stage of our lives,” Anastasiadis says.

“They were ruthless. They undertook six months of due diligence and they went through everything with a fine tooth comb.”