Sales Force: Four of the quirkiest Star Wars products to hit the market 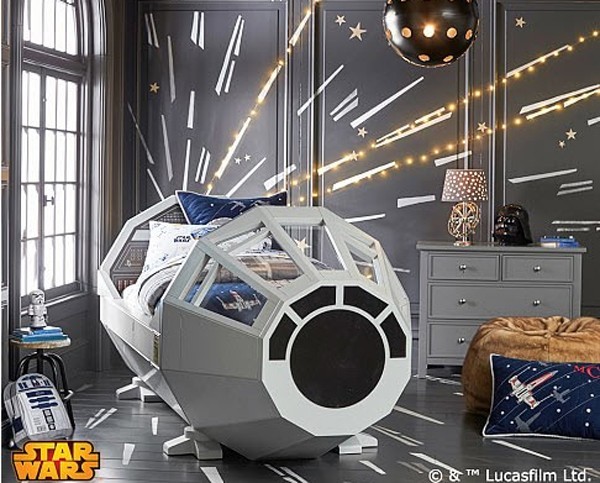 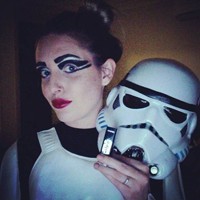 While legions of Star Wars padawans are waiting with bated breath to see whether the next instalment in the blockbuster film franchise is all it’s hyped up to be, one thing is certain: there is a galaxy full of brands ready to capitalise.

In Australia, Kmart expects to sell 45,000 lightsabers by Christmas, according to Fairfax.

Meanwhile, the International Business Times reports sales of movie-related toys are up 28% in the UK in comparison to this time last year (take that, Star Trek).

One US analyst predicts merchandise for The Force Awakens could surpass $5 billion ($6.9 billion) within the next 12 months.

But as with all highly-anticipated film franchises, there will always be products that seem a little out of place – proving that sometimes, in order to sell something, you just need to slap a logo on it.

With this in mind, here are four of the most ridiculous space cadet, or inspired Jedi Master, Star Wars products to hit the market so far.

“Come to the dark side; we have waffles.”

Yes, that’s right – who needs an ordinary waffle iron when you can have one that makes your waffles look like the Death Star?

“I love everything about this,” one customer wrote in their review.

“Works and looks great next to my Vader head toaster. Star Wars breakfast for the win!”

Cosmetics brand Covergirl has ventured to a galaxy far, far away and brought back limited edition lipstick that comes in shades of purple and silver.

The products come with iconic Star Wars quotes and are being sold at major retailers such as Big W, Priceline and Coles.

It turns out Star Wars lipstick is a social media marketer’s dream, with hundreds of customers taking to Instagram to share photos of themselves wearing the limited edition makeup.

Because a storm trooper needs to feel pretty on the inside. Two essentials in a girl troopers life…@covergirlau #DarkSide lip stick and her helmet. #COVERGIRLStarWarsAU

Even iconic soup brand Campbell’s is cashing in on the new Star Wars film.

In the US, Target is selling Star Wars-themed soup with pictures of R2-D2, Chewbacca and C-3PO on the tin.

And in a smart marketing ploy, the ad for the limited-edition soup range features two dads feeding their son soup while repeating the famous line, “I am your father.”

No word yet on whether the soup tastes like baked dru’un slices.

While movie-themed pyjamas, backpacks and doona covers are to be expected, a Star Wars bed is going a step further when it comes to fandom.

According to AdvertisingAge, Pottery Barn is advertising a hand-painted Star Wars bed for around $5500.

Have you seen any other Star Wars merchandise that seems a bit odd? Let us know in the comments below.