More to the new Franchising Code than meets the eye 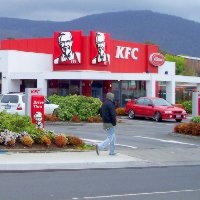 A new Franchising Code of Conduct announced in April this year is the most significant regulatory change to the $132 billion Australian franchise sector since it was first regulated in 1998, and will come into effect from January 1 next year.

However, in contrast to the the extended implementation timeframe, the consultation period for the new code was opened and closed in the same month, allowing just 17 business days for the franchise sector to provide input into the most sweeping changes to franchise regulation in nearly 16 years.

In a six-page media statement titled “The Future of Franchising”, the Minister announced key elements of the new code included the introduction of an obligation to act in good faith, financial penalties of up to $51,000 for major breaches, and new powers for the Australian Competition and Consumer Commission to issue infringement notices up to $8500 without having to seek a court order.

It should be noted this will be a new Franchising Code of Conduct to apply to franchise agreements entered into on or after January 1, 2015, and is not just a series of changes to the existing code.

The government contends the new code will be good for the sector because it will:

Two codes instead of one?

The government’s statement claims that red tape will be reduced by the elimination of short-form Annexure 2 disclosure, so-called “double-disclosure” for international franchisors operating in Australia; removing the need to summarise agreement provisions in the disclosure document, and other changes to the code to reduce ambiguity.

The regulatory impact statement prepared by government suggests that this will save the sector several million dollars per year in legal costs. However, for the first few years this will most likely be negated by the very real prospect that the franchise sector will be subject to two simultaneous franchising codes – the current version, and the new code to commence in 2015.

This two-code scenario was not flagged in the Minister’s original statement or RIS, and appears to be an unexpected complication in legal implementation that risks actually causing greater confusion and red tape for the franchise sector, not less.

Operating two simultaneous codes would be at odds with the government’s claim of reducing red tape and defies common sense. Further clarity on the need for a two-code environment is expected later this year as the government looks at this development in more detail.

In improving information available to franchisees, the new code will require franchisors to provide potential franchisees upfront with a risk statement about franchising and to disclose how the proceeds from online sales are dealt. Additionally, franchisors will also need to be more transparent with marketing funds, including holding funds in a separate bank account, and disclosing types of expenses to be allocated to the fund, as well as giving franchisees an option to vote for an annual audit.