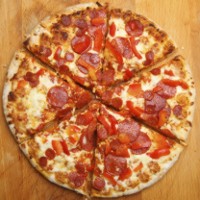 A group of 80 Pizza Hut franchisees has failed in its bid to stop parent company Yum! Restaurants from introducing a new “sales strategy” as the local pizza wars heat up.

The group applied for an injunction in the Federal Court on June 24 to prevent franchisor Yum from introducing its “Reduced Price Strategy”, which will involve lowering the price of Pizza Hut pizzas to less than $10 as well as reducing the number of products on Pizza Hut menus.

While Yum argues the strategy will allow it to sell more pizzas and compete in an increasingly price-driven local pizza market, the franchisees claim the strategy will be disastrous for their profitability, potentially costing them up to $10 million and putting some of them out of business.

The disgruntled group also said the strategy would constitute unconscionable conduct by Yum in contravention of Australian Consumer Law.

In response, Yum market director Kurtis Smith said in a statement to the court the strategy was developed “in response to a concern about the downward trend in financial performance and the steady loss of customers in the Pizza Hut business in Australia over the last 10 years”.

“In addition to the downward trend in sales, market share and profitability during the period 2004 to 2014, the indebtedness of franchisees to their marketing fund [which is provided for in the franchise agreement] and to Yum has also increased,” said Smith.

Smith told the court that by December 2013 Yum decided urgent action was needed to turn around the brand’s fortunes. The company had seen some success from similar price strategies in New Zealand and the US and so commenced trials in Western Australia and the ACT. Based on the successful results from the ACT trial, the company decided to roll-out the strategy nationwide.

But the court sided with Yum, ruling that the chain was not acting in bad faith.

“There is no evidence whatsoever to suggest that Yum believe it was acting solely in its own financial interest at the expense of and without any proper or reasonable regard for the interests of the franchisees in maintaining the profitability and asset values of their franchise business,” said Justice Jayne Jagot in her judgment.

“To the contrary, the evidence adduced by the respondent consistently discloses that Yum believed, and continues to believe, that it is acting in the financial interests of all parties to the franchise agreement and with a proper view to maintaining the profitability of the franchisees’ businesses as a whole.”

Jagot also said an injunction to prevent the implementation of the strategy would be “impractical and inconvenient”.

“Yum submits, and I accept, that the effect of an injunction in this form would be to prevent Yum, as a market participant, from competing effectively on price with significant potential adverse impacts,” said Jagot.

“Given the nature of the retail industry, it is likely that the difficulties to which the injunction would give rise would be ongoing,” she said.

“This would affect not only Yum itself but also third parties, being the other franchisees who have not chosen to join in these proceedings.”

SmartCompany contacted the president of the Australasian Pizza Association, Jim Kartsounis, who was the solicitor for the franchisees, but he declined to comment on the case.

However, Kartsounis told the court he is concerned a “price war” could be triggered and in the case that an injunction was not granted it would be difficult, if not impossible, for the Pizza Hut brand to return to its previous positioning.

Yum welcomed the court’s ruling, with Pizza Hut general manager Graeme Houston saying in a statement issued to SmartCompany the company is “pleased with the Federal Court ruling and are looking forward to a more competitive and exciting pizza market in Australia”.

“Pizza Hut and our franchisees are together ushering in a new era for this market and putting a high-quality, high-value competitive model in place that has proven successful in the US and New Zealand markets,” said Houston.

“Growing our customer base is our focus and by offering a simplified menu with all pizzas under $10 with no compromise on quality, we believe we have a winning formula,” he said.

Jason Gehrke, director of the Franchise Advisory Council, told SmartCompany it is not unheard of for groups of franchisees to band together to challenge their franchisor.

In this case, Gehrke says it appears Pizza Hut is playing “catch-up” to rival Domino’s, which recently introduced $4.95 pizzas on weekdays. Pizza Hut has responded by matching the offer.

“Pizza Hut is introducing the strategy in response to a move by a competitor,” says Gehrke.

“Domino’s fired the first shot and they would not have done that without a rationale and a belief they can sustain it.”

“But by playing catch-up and wanting to move very quickly, Pizza Hut probably hasn’t brought their franchisees along the same journey and that might explain their course of action. Some might have felt it was too much too soon.”

Gehrke says the link between sales volume and profitability may not always be apparent to a franchisee, who “might feel that a drop in price will cut their profits but doesn’t guarantee an increase in volumes”.

“Any executive that is advocating a price reduction strategy would want to have some science to back up the hope that volumes will increase,” he says.

Gehrke says the “pizza wars” in the US are well-documented. “And in a price war, the race to the bottom means that only those with the deepest pockets survive.”

“The real winners out of this will be those pizza brands that aren’t trying to be the cheapest, the ones that position on quality,” he says.