An Aussie in Dallas: Poolwerx founder John O’Brien on what it’s really like doing business in the States 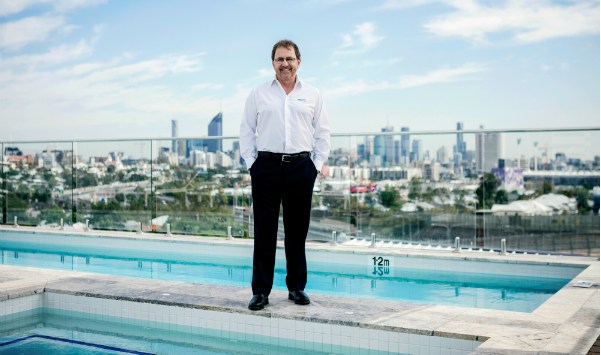 John O’Brien is a veteran of Australian franchising, having built his multimillion-dollar pool cleaning company Poolwerx since 1992. In recent years, his focus has been on cracking the US market, where Poolwerx now has 55 franchise territories, 24 retail stores and 116 mobile service repair units.

But tackling the US market has not been without its challenges. In this article, O’Brien opens up about what it’s really like for an Aussie doing business in the States.

The USA is our international thrust at this time and I’m currently living in Dallas, Texas, so perhaps I can most usefully focus on a few insights on managing expansion in North America.

I think the first thing to get one’s head around is a degree of culture shock. The differences between Australian and American approaches to business might be subtle — but ignore them at your own peril. I’ve known people who have been utterly baffled when, for no apparent reason, the door to America has been slammed in their faces. But there’s a recurrent reason it happens: we’re too open and forthright.

‘Hang on,’ you say, ‘those are great qualities!’

That is true in Australia — but in the United States, that Aussie directness is often interpreted as brashness to the point of arrogance. Don’t get me wrong, Americans like and respect Australians as people and a nation and every second person of any seniority seems to have plans to travel here. It’s just that they don’t take us seriously as businesspeople, and this means that you have to adjust your approach.

It can drive you a little crazy. You finally get through the door to speak with someone you would dearly love to have onside and all they seem to want to talk about is what to see and do in Australia. They’re not being obtuse — it’s because they have no idea why they would be talking business with you.

So the very first problem becomes redirecting the conversation without seeming rude. I’ve found the simplest way is to acknowledge their interest and then quickly take the initiative by expressing admiration for and curiosity about America. This provides me with a natural pivot for a tightly condensed pitch that (without a hint of overconfidence) establishes us as serious players and outlines what we’re doing here. This can change the tone of the meeting miraculously and suddenly you’re getting places. Otherwise, you can walk out feeling that things have gone very well indeed and then realise that nothing has actually been achieved.

A related step is recognising when ‘yes’ means ‘no’.

My experience is that most American businesspeople are unswervingly polite (and particularly so in the South). They will tell you what they think you wish to hear — and then nothing whatsoever will happen. So I have learned to have some simple, very easily executed action points lined up, with one or more to happen in fairly short order. These are reinforced in a meeting summary that I prepare and send as soon as possible after the event. Americans are big on these ‘call reports’. It’s respectful and professional and if nothing eventuates, you realise that pursuing the relationship is going to be futile, at least for the time being.

I might also stress that relationships here are not always what they seem. It might appear that you have found a fine new friend (in business) and so you naturally let down your guard. But it’s best always to preserve a measure of formality. I’ve known people who have cemented a deal, gone out to a bar or dinner to celebrate with their new associates, and in a relaxed atmosphere, have happened to drop a ‘cuss’ word. End of story. On the spot.

In addition to this, keep the following thoughts in mind.

There are a host of traps it’s easy to stumble into when you’re managing two or more countries. I’ve focused on relationships because you’re not even close to first base without them.

The main adjustment for me has been cultural. Don’t be Aussie direct. It comes across as rude. Instead be curious and adapt to your new environment quickly.