As Retail Food Group prepares to close hundreds of stores, is the reputation of franchising dead? 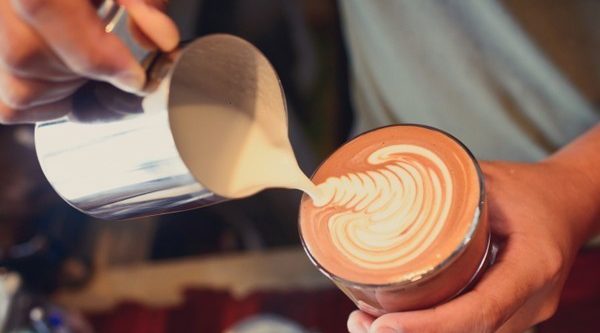 Two-thirds of the franchises currently operating in Australia won’t exist in 10 years time.

That’s the view of Howard Bellin, a long-time franchise consultant and the founder of IF International, who believes Australia’s franchise sector is continuing to attract “many people that should never have been in franchising”.

Part of this industry consolidation will come from the big franchisors slimming down their operations in the face of ongoing financial losses, or getting out of the franchising game altogether. According to the 2016 Franchising Australia report, there are around 79,000 business units operating as franchises across Australia.

One of the nation’s largest franchisors, Retail Food Group, announced up to 200 store closures amid big losses last week. According to Bellin, and other franchising experts, the move is another major blow to a sector that small business owners should be trained to approach with extreme care in future.

The troubled ASX-listed food business has been subject to several claims over the past year that its franchisees have been left flailing, unable to turn a profit after signing on to well-known brands like Brumby’s and Gloria Jeans.

On Friday, the company told shareholders it had posted a statutory half-year loss after tax of $87.8 million and was planning to close up to 200 outlets across its store network.

Speaking to The Australian, the company’s managing director Andre Nell said about a third of these closures would be company-operated sites, meaning a significant number of franchisees could also be caught up in negotiating an exit from their businesses.

The news came just days before a Fair Work Ombudsman’s report into fuel seller Caltex revealed 76% of the company’s sites that had been investigated were found not to be compliant with workplace law. Ombudsman Natalie James said given the findings of her office, she was “not surprised” the company had told shareholders last week it planned to exit the franchise game for good.

The vast array of news stories emerging about the risks of signing on to franchise models reveals the significant deficiencies in the regulation of Australia’s system, says Bellin.

He believes that unlike in the United States, where franchisors who “do the wrong thing” tend to face swift legal action against them, the local ecosystem has placed an unfair burden on franchisees to pay legal fees in order to enter disputes with franchisors.

He says this means there is “very little disincentive” for franchise operators to avoid treating franchisees unfairly, and also means franchisors are able to charge franchisees a range of additional fees for marketing, maintenance and equipment within a business.

Taken together, these factors will produce significant consolidation across the sector, he predicts, although he admits the negative news stories are unlikely to dissuade some prospective franchisees in the long-run.

“You know the old story, there’s a sucker born every minute, and there are still just a lot of franchises out there, that people ought not to buy [but do],” he says.

There’s been plenty of debate about the best way to regulate the franchise sector going forward, but Bellin says for those determined to buy into the space, they should look for two key elements: a unique product and tight controls from head office.

“You never ever read a bad thing about McDonald’s, for example,” he says.

“What do they have that others don’t? Good control.”

Bellin says that strong franchise models, like McDonald’s, have a unique service proposition and are able to “control in the franchisee what they can control”, meaning they have strict guidelines and informed managers that “know what they’re doing”.

These types of businesses will continue to be successful, he says, while there may be less hope for those franchise models without a unique value proposition.

Aside from giving more powers to regulators, Bellin believes establishing a new franchising body that accepts members based on their ability to prove “ethical” standards would weed out poor performers quickly.

“Have only the big companies able to join, and have them pass a bunch of ethics tests first,” he says.

Retail Food Group’s reputation is certainly shot. The problem is the excessively overinflated prices that they charge for a store. What idiot can’t work out that these stores should be valued at no more than $40K to $60k Max….not $350k as seems to be the norm???? If you pay $350k that should be it, not another $250k (really should only cost around $25k to refit most of these stores anyway) for refitting a few year in etc. It is another disgusting abuse of Corporate power, which is blindly looked at by most regulators. I can’t wait to see RFG fail and it’s directors charged.

Even someone like myself, with no retail experience other than a keen interest can see that brands coming into the market and announcing they plan to have 200 outlets in 5 years are destined to fail. Too many shops/chains and not enough customers – same old problem. How many 7-11s do we really need? How many junk food outlets and coffee shops.
I have never understood why anyone would be tempted to go down this path, especially with the publicity regarding the franchisee issues re Wendy’s.
Retail is a mug’s game now, with too many players competing for a shrinking slice of the market.

Not sure what constitutes an expert these days but in 15 years of being involved in Franchising I have never heard of Howard Bellin. Check his Linked-in profile.
I won’t go into the many glaring inaccuracies in the above piece but the last sentence stands out in it’s sheer incredulity – “Have only the big companies able to join, and have them pass a bunch of ethics tests first.”
The companies that have caused most of the bad press are the large franchise groups – 7 Eleven, RFG, etc. The majority of franchise systems do the right thing and there are penalties that can be applied if they don’t via the most heavily regulated franchise sector in the World.
Smartcompany. Stick to providing the facts and let your readership make their own minds up. That is what should separate you from the other on-line forums.
I’m off to get a burger from Macca’s …it’s a pity no-one else has thought of putting a burger in a bun!!