7-Eleven franchisee hits out at convenience chain’s new business model: “The changes they offered us are not fair” 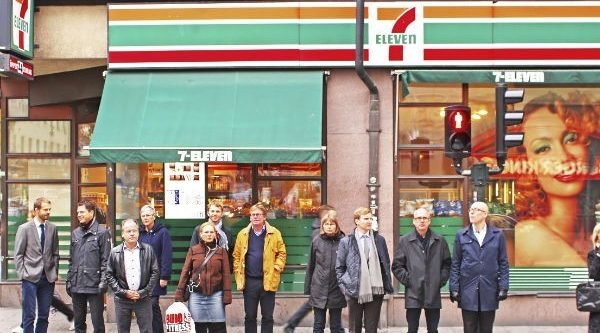 7-Eleven’s new franchise agreement does not go far enough to fix the convenience chain’s flawed business model, according to a furious franchisee.

The franchisee, who contacted SmartCompany and wishes to remain anonymous, says he is unhappy with the new franchising agreement offered by 7-Eleven’s head office and his business will still not be profitable if he is to pay his staff their correct wages.

“The changes they offered us are not fair,” the franchisee says.

“They need to be really serious about solving the problem. They are giving us only one cent a litre [for petrol]. How fair is that when we’re manning their stores 24 hours and banking their money? We’re acting as toll collectors and putting our lives, our families and marriages on the line.”

7-Eleven franchisees will be offered a three-tiered business model as of next week, with slight tweaks to the profit-sharing arrangement with head office and the fuel commissions given to store owners.

Fuel commissions are being increased to 1.5 cents a litre, while stores earning up to $500,000 a year will have a 50-50 gross profit split with head office.

The most successful stores, with gross profits of $1 million or more, will instead have a 44-56% profit split, which is close to the previous 43-57% split that was in place for all 7-Eleven stores.

The 7-Eleven franchisee who contacted SmartCompany says he originally bought his store for more than $1 million using a bank loan, however his gross profit is only around $40,000 a month.

This would put him in the first tier of 7-Eleven’s new business model.

“The banking repayment is around $15,000. Most of the franchisees are still in fear that while we’re negotiating with head office we’re still breaching the law and are under a lot of mental stress.”

The 7-Eleven franchisee says he would like to see head office pay a fuel commission of three cents a litre instead of 1.5 cents.

And he would like more flexibility about when his store trades and he questions the close proximity of many 7-Eleven stores.

“We should have some right to close a store when we don’t have customers,” the franchisee says.

“We also don’t need three 7-Elevens within 100 metres [of each other]. Why do you need to open so many stores right in front of each other?”

The franchisee also says he is unhappy at how, in his view, 7-Eleven has tried to distance itself from employee underpayments.

“You can see not many Caucasians do this business because of the complications,” he says.

“Even the ACCC’s past director [Allan Fels] said clearly in the media he would never buy a 7-Eleven under the present contract.

“They intentionally know what’s happening but still didn’t fix the last 30 years. Now all of a sudden this scam has come out and they’re blaming the franchisees.”

SmartCompany contacted 7-Eleven head office but did not receive a response prior to publication.