“Unbelievable greed” and “a lack of heart”: One Eagle Boys franchisee reveals how he lost $300,000 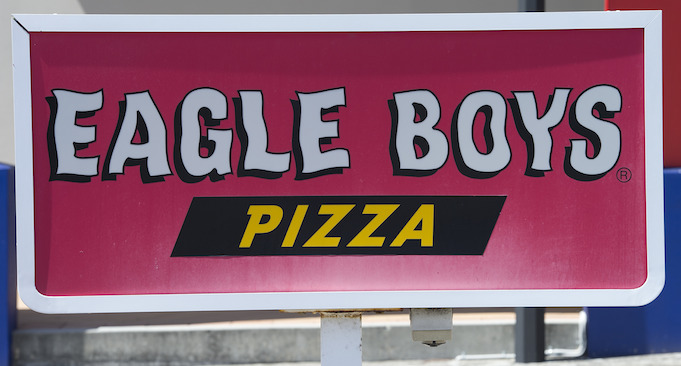 A former Eagle Boys franchisee has spoken out about the financial and personal costs he suffered while operating his pizza store, telling SmartCompany the pizza chain “turned its back” when he asked for help.

The franchisee, who wants to remain anonymous, owned and operated an Eagle Boys store in Western Australia with his wife between June 2010 and January 2013, when he sold the business to its current owner.

While the franchisee does not lay all the blame for the store’s troubles with Eagle Boys, he told SmartCompany stories of the troubles faced by other Eagle Boys franchisees hit home as his experience “destroyed” him and his wife financially, and took a toll on their personal health.

“And it would have been much more but we had a bit of a windfall with the tax office, which wiped off a large part of our debt. We were quite lucky.”

“All the equity in our home was lost, we’ve had to move to look for work and we’ve still got about $35,000 outstanding that we are still paying off but it’s money for nothing.”

The franchisee paid just under $330,000 to establish his store in 2010. Both he and his wife worked in the business – each putting in up to 90 hours a week each – and employed around 28 employees.

“The plan was, if things worked out, we would eventually step back from the store and just manage it, but it didn’t turn out that way,” he says.

“When we first opened, we were doing quite well. But I think part of that is the honeymoon period, people try you out. We were also the first takeaway store in the complex we operated in.”

Initially the store was turning over almost $20,000 a week and the franchisee says, at that level of sales, “you can make a good healthy profit”.

“But the costs involved didn’t change,” he says. “[Eagle Boys] take 12.5% of sales a week straight away. And it is a highly staffed business model. You have to have enough staff on at all times.”

The franchisee was paying 6% of sales to Eagle Boys each week in franchise fees, as well as 6.5% to cover advertising. But he says the lack of advertising by head office was “a major factor” in the store’s drop in sales.

“The marketing was terrible, almost non-existent,” he says. “That was a major factor, especially when we had a Dominos three kilometres away.”

“[Eagle Boys] did try to have a system for letter drops in the area but it was a failed system. Dominos had negotiated with Australia Post to get a good rate so they were reaching every letterbox. Eagle Boys used one of two contractors who use kids to drop the letters off. There’s no guarantee the letter will be delivered but you pay all this money.”

But while the franchisees says Eagle Boys does have some responsibility for the lack of advertising and marketing support, what upsets him the most is “when we went to them for help, they just turned their backs”.

“I personally begged the CEO to let us out of the exit fees, which were about $15,000, but they would not let us out,” says the franchisee.

“They knew our situation and they still forced us to spend an extra $5000 to upgrade the computer system, which didn’t need upgrading, before we could sell.”

“Even when we were first getting into trouble, we asked for help. We asked for our weekly fees to be reduced … it’s just unbelievable the greed and lack of heart they had. The CEO didn’t even care, he said he considered the case closed.”

The franchisee also believes Eagle Boys was also “a bit unrealistic” about the figures it presented to the couple before they agreed to buy the store.

“The model presented by their sales department was very attractive and certainly it can be if you hit the right level of sales. And initially we were thinking this is pretty good, it was hard work but the money was pretty good.”

“We were doing between $9,000 and $11,000 a week and having to use our personal money to pay staff wages. We didn’t pay ourselves a wage, we lived practically on nothing, the bare essentials.”

The franchisee says “only a very small percentage of franchisees” would be generating enough sales to turn a profit. The rest he says, “are in dire straits”.

The franchisee sold the business for “about $215,000 less than what we paid”, which was simply “the price that someone was willing to pay”.

But he takes some comfort in the fact he was able to find a buyer.

“In one way we were a little bit lucky, even though it took a long time to sell. Some people have had their stores on the market for years and have not been able to sell,” he says.

“If someone came to me and said they were thinking about buying a franchise, I would slap them in the face,” he says.

“I don’t hold Eagle Boys 100% responsible because business is a fragile thing, but they just didn’t deliver on their promise.

“It destroyed us financially, even health wise it affected us. We’re glad we’re out of it.”

Eagle Boys declined to comment on the particular case when contacted by SmartCompany, instead referring to a media statement issued in response to “misleading” allegations included in a Fairfax article earlier this week.

“We would like to convey our disappointment in the published article as they story seems to have included a number of isolated and historical, individual incidents that have been linked together in an attempt to do damage to our brand through an embellished story,” said Eagle Boys.

“As one of the only Australian-owned and operated national pizza franchise companies based in Australia, Eagle Boys prioritises the welfare and successful operation of its franchisees and provides them with ongoing support in all areas of marketing, operations, IT, training and general business operations,” the company said.

“Eagle Boys is an active member of the Franchise Council of Australia and is committed to fulfilling its obligations and responsibilities outlined in the Eagle Boys Franchise Agreement and the Franchise Code of Conduct, as regulated by the Australian Government.”

“Eagle Boys continually strives to ensure its franchise operations promoted excellence within the franchise industry and remains a leader in the highly competitive pizza market.”