US pizza giant Little Caesars expands empire with first Australian store – but is there enough dough to go around? 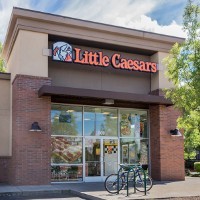 The store is located in Casula in western Sydney and is the latest newcomer to Australia’s $3.5 billion pizza market.

Little Caesars director Ernest Koury is aiming to open between three and five stores over the next 12 months, and will also be looking to develop products especially for the Australian market.

“We are the largest carry-out only pizza place in the world and no other pizza chain in Australia is currently offering the takeaway, ready when you are service that Little Caesars is famous for globally,” Koury told Inside Retail.

“We are confident that we are setting a new standard of price, value, quality, and service in the Australian market with our first outlet in Casula. Our pricing at Little Caesars is not based on limited time offers, coupons, or specials; they are our everyday low prices.”

Jason Gehrke, director of the Franchise Advisory Centre, told SmartCompany he doesn’t think the major pizza chains will be “quaking in their boots” with the launch of Little Caesars “but they will be watching it”.

“The first task for any new imported brand to Australia is to demonstrate that it is relevant to the Australian market,” he says.

“The shores of Australia are littered with failed international franchise systems coming into the market as they have underestimated the market.”

Gehrke says labour costs and rental costs are much higher in Australia than in the US and incoming franchise systems often underestimate these two factors.

“If your business is profitable in the US only on the basis of low wages, coming into the Australian market can adversely affect the model,” he says.

Gehrke says it is small independent businesses which are likely to face the biggest challenge from the arrival of Little Caesars.

“Realistically I think as pizza chains become increasingly prevalent it will be the independent operators that get more and more squeezed out,” he says.

Little Caesars Pizza was started by Michael and Marian Ilitch with one store in Michigan, which opened in 1959.

The pizza chain has grown into one of the biggest in the world with $US2.9 billion in sales and 3673 stores in the United States.

SmartCompany contacted Little Caesars for comment but did not receive a reply prior to publication.