A range of craft brewers from Sydney’s booming inner west have banded together to make their voices heard by government, forming the Inner West Brewery Association.

The association is backed by Labor frontbencher and craft beer enthusiast Anthony Albanese, who has long been an advocate for Australian craft brewers and has taken up the mantle for the multiple breweries in his electorate of Grayndler.

Albanese’s support comes as he plans to introduce a motion into the House of Representatives to pressure the government to change unfair tax arrangements for smaller brewers.

“At the moment there’s discrimination in favour of the big brewers versus these local small business craft brewers,” he said.

“Because of the way that the tax excise system works there’s favour given to big kegs rather than smaller kegs, which is the way that craft brewing tends to have production.”

“We’re hoping to create a voice in all levels of government. We’re probably the highest-taxed industry in Australia in terms of small businesses.”

“We want to see a level playing field. We all produce alcohol, and we want to pay our taxes, but compared to the wine industry which effectively doesn’t pay any excise tax until it hits over $1 million in sales every year, it’s not level,” McInerney says.

“It could almost be revenue neutral to even up those industries and give small producers in both industries a concession.” 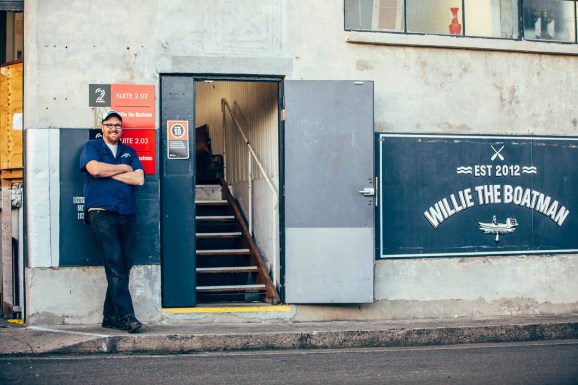 The association has landed support from Albanese on these terms, with the MP expected to introduce a motion to parliament on Monday in support of the rapidly growing Australian craft beer scene.

“I will be moving a Private Members’ Motion, seconded by Joel Fitzgibbon, the Shadow Minister for Agriculture on the floor of the House of Representatives, calling for support from our national government for this growth industry in the interests of jobs, in the interests of the agricultural sector, in the interest of the tourism sector and I’m hoping to get bipartisan support for that,” he said.

“[We are] using this motion on the floor of the House of Representatives to put pressure on the Federal Government to address the discriminatory tax arrangements which are now in place and, also, to draw attention to the need for us to support the tourism sector in how it relates to craft brewing.”

The motion urges the Government to “ensure policy settings which encourage the realisation of the potential of the craft brewing sector” and calls for local governments to help facilitate the growth of local craft breweries. Additionally, it outlines the “disproportionate” amount of costs the excise rates currently cause for small businesses, which “imposes a significant burden on them”.

The Association is opening its doors to any businesses or groups involved in the brewing industry, from tourism groups to manufacturers, with McInerney saying the industry was continuing to grow “amazingly quickly”.

SmartCompany contacted Anthony Albanese but he was unavailable for interview prior to publication.