There may be a silver lining to Trump’s trade policies 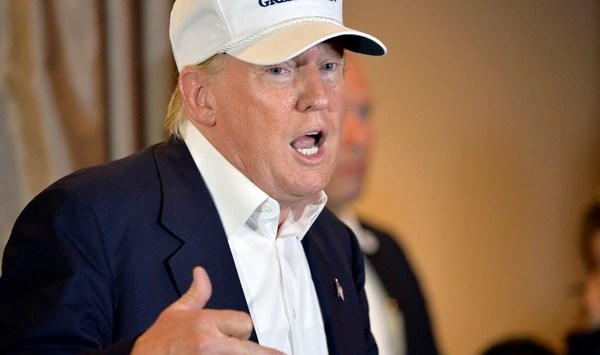 On paper, there’s no doubt that Donald Trump’s trade policies will amount to the single biggest change to the way America does business with the rest of the world in decades. The question is, whether this presents an opportunity for Australia.

Trump will go to the White House with little limitiations – Republicans will control the presidency, the Senate, the House of Representatives and the Supreme Court. This mean’s Trump’s got the means to deliver on his campaign promises, including withdrawing from the Trans Pacific Partnership and introducing new tarrifs.

Instead of wasting years trying to get these measures through, he can just decide to do something, and do it. That is a powerful lever, and done well, it can be incredibly powerful. He has power that few presidents in the previous century have had, and that could benefit Australia.

Trump has made some big promises on trade. He has threatened to scrap or renegotiate a number of existing free trade agreements, including the North American Free Trade Agreement, which he blames for job losses. He has even touted withdrawing the US from the World Trade Organization (will the WTO become as dead as a Doha?)

But it’s when it comes to China that Trump’s policies really get interesting for those in Australia. He has talked of taxing Chinese imports, of imposing tariffs of 45%, in order to give “American workers a level playing field”.

In response, an editorial in a Chinese newspaper has questioned whether Trump’s policies and promises will kick off a trade war, citing the numerous American industries and companies that depend on China.

These tensions could reverse the progress by which consumers in the US have become vastly better off by getting cheap consumer goods. If President Trump and Congress make good on the threat to add a 45% tariff on all Chinese goods, China may retaliate by imposing similar duties on US goods, or put restrictions on US investment.

China may also retaliate if accused of currency manipulation and may put constraints on any foreign business – not just the US ones – which would disadvantage Australian traders and investors too.

Even calamities can have a silver lining

But even something as calamitous as a China-US trade war can have silver linings. Indeed, we need look no further than Brexit for an example.

The Brexit vote was feared to have hurt the UK economy. But so far there have been some good trends for the UK. For example, now the UK is able to run bilateral trade missions (like the one to India by PM Theresa May recently), attract direct investment in the city and make incentives available to foreign investors without having to get permission from Brussels. Further, the devaluation of the local currency means those who have overseas bosses effectively get a big pay rise, and exporters become more competitive. But it’s still early to tell because the process of Brexit still has a long way to go.

An opportunity for Australia?

Initially, the Republican victory and the policies suggested seem to have serious implications for trade-focused economies such as Australia. However, looking at it more closely, if the US does less trade with China, Australia may benefit.

Australia could get a big boost from trade with China, which would now look for new trading partners. We may get most favoured nation status in Chinese infrastructure projects and special trade zones. We may also be looked upon as a favourable supplier – particularly in food and energy security.

Australia has benefited in the past when America has been blackballed. During the “mad cow” scare in South Korea, Australia was able to substitute US beef on Korean dining tables, lifting our market share.

We may be able to trump US exporters again if there are trade tensions between Washington and the Asian capitals.

No one knows how Trump will act as President. This campaign may offer yet another surprise, as Donald Trump governs contrary to what he has said in a “cut through” campaign against Washington conventional politics. But political science shows us that politicians tend to keep their promises. And, either way, as The Monty Python Boys say “always look on the bright side of life”. Despite the shock, the world keeps on spinning.

Tim Harcourt is a J.W. Nevile Fellow in Economics at UNSW Australia.

Yes I tend to agree with the opportunities for Australia ( in food exports ) providing we dont go sucking up to the US. I for one think we will be better off without the TPP