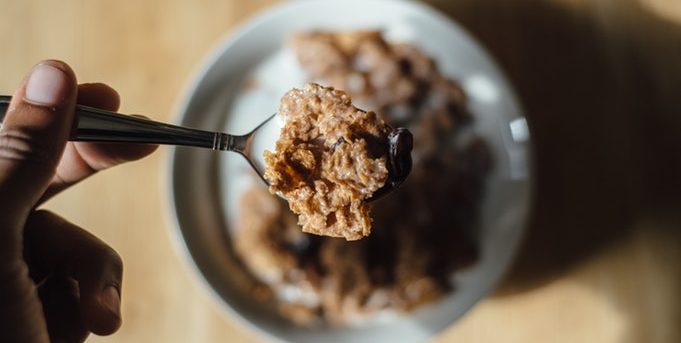 A New Zealand small business has spoken out against claims of a trademark infringement from food company Sanitarium, after it says an import of the UK variation of Weet-Bix was blocked.

The Christchurch-based store, called A Little Bit of Britain, imports a variety of British food products, including the UK variation of Weet-Bix, which is called Weetabix. While the original concept for the cereal was created by an Australian man in the 1920s, the brands have since split, leaving the Australian and UK to be owned by separate entities.

It is due to this, the business says, that A Little Bit of Britain’s owner Lisa Wilson receied a letter from Sanitarium, notifying her that New Zealand Customs had detained a pallet of Weetabix destined for her store, reports the Guardian.

The 300-odd boxes are being held at the border due to the brand’s similarity with the already existing Weet-Bix brand sold in the state, according to reports. Wilson, who sells around seven boxes of Weetabix a day to British expats in the region, said Sanitarium was “bullying” her business.

“They [Sanitarium] walk in and slap an agreement down and it is quite daunting for a very small business … they are trying to bully the small guys,” Wilson told The Guardian.

“They are trying to force us to do what they want because they are a multi million-dollar company, but we are not willing to bow to Sanitarium’s demands as we don’t believe there is a case of trademark infringement here and we are standing up for that principle.”

Sanitarium’s demands reportedly include a request that the business place a sticker over the cereal box’s label and blank out the name when selling it online. Reportedly, other resellers in the region have complied with the giant’s demands, but Wilson is determined to fight it, stirring supporters on social media to action.

Currently, a “Free the Weetabix” petition has over 500 signatures, calling on Sanitarium to release the shipment and allow the store to sell the product. The business has also seen an outpouring of support on social media, with hundreds flocking to the defence of the popular cereal.

“Weetbix has no taste its flat, Weetabix is delicious. Why stop the shop’s selling it when we could import it ourselves!” said one supporter.

Sanitarium likely “not doing this for commercial purposes”

However, IP lawyer and partner at Lynch Meyer John MacPhail told SmartCompany the reports that a brand like Sanitarium might seek to protect its IP for reasons other than the direct commercial impact, and instead could be “protecting what they perceive to be the integrity of the brand”.

“This move would be to keep out potential infringers and parallel importers, and as it’s a flagship brand for them, it’s obviously important,” he says.

Sanitarium’s general manager in New Zealand Rob Scoines told The Guardian the company was determined to enforce the trademark.

“The Weet-Bix brand is protected by international law and in turn it is often precluded from being sold in other global markets due to the Weetabix trade mark,” Scoines told The Guardian in a statement.

“In this instance, we have offered the importer a solution which enables them to sell their product while protecting our Weet-Bix brand. We are actively seeking their response.”

MacPhail says it will be difficult for the small business to appeal a situation like this, noting that while from a commercial standpoint obfuscating a label is “not ideal”, from a legal standpoint it’s the obvious solution.

“When there’s a clear split in ownership like this there’s not much she can do outside of covering the label or agreeing to not stock the product,” he says.

“For the small guys, you’ve either got to fly under the radar or be ready for the day that sleeping giant wakes up and when they do, there’s not much you can do really.”

SmartCompany contacted A Little Bit of Britain and Sanitarium but did not receive a from either party prior to publication.

Trademark protection is a serious business strategy and it is legal. As a small business I learned through experience how important it is and must be respected. IP is an asset and it makes sense that a company wants to protect it. These days people are quick to label things as bullying. But this is business. If you are unaware of the rules and regulations then do a lot of research and learn, or seek help from an IP attorney. That’s what I had to do. And instead of getting annoyed about it figure out how to benefit from it yourself. However, I do agree that it’s very hurtful and frustrating when you first realise that you are breaking a trademark or patent after investing time and money in a product or process. Learn from the experience and grow from there.