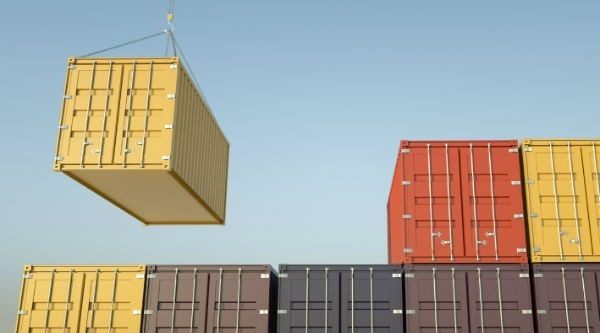 Technology may have reduced transport and communication costs, giving us instant communication around the world, and turning manufacturing into a network of global supply chains stretching across nations. But my recent research with Marie-Claire Robitaille found that Australia’s distance from Europe and the United States still imposes enormous costs on our exports.

Our modelling shows that Australian resource exports would be 20-30% higher if we were not so far away from markets in Europe and the United States.

There is a silver lining, however. Economic growth combined with huge populations in Asia mean the centre of world demand is shifting, which is making Australia less remote. This will boost our exports overall, but it will also change what we export as our agriculture industry becomes more competitive.

The tyranny of distance

Unsurprisingly, trade partners who are further apart trade less with each other. The reasons are easy to guess. Iron ore, for example, has a high weight to value ratio (it weighs a lot for its price) so transport costs per tonne are high. Likewise gas has high shipping and storage costs.

There may be additional costs associated with communications, loading and engineering constraints around the size of ships. But for whatever reason, technological change and globalisation have not yet levelled the playing field for resource exports as much as they have for manufacturing.

To get a sense of which countries are most disadvantaged by their location, and how large this disadvantage is, we used our model to predict what would happen if all countries were the same distance from each other.

You can see the results in this map:

The countries most disadvantaged by their location are Chile and New Zealand. Our model predicts they would each see a 50% increase in resource exports if distance was removed from the equation. This is because New Zealand exports a lot of agricultural products and Chile exports a lot of minerals. Both countries are a long way from markets.

Canada and Mexico currently benefit from sharing a border with the United States. Canada exports oil and gas by pipeline, which is cheaper than shipping. Poland and the Czech Republic benefit from their proximity to Western Europe for their coal exports and Algeria, likewise for oil and gas.

It’s not all bad news for Australia. While we are far away from Europe and the United States, we are close to Asia. Right now this gives us an advantage in iron ore exports as China is the biggest importer.

If Brazil, another large iron ore producer, were as close to Asia as Australia, our model predicts it would double its iron ore exports. But our proximity to Asia is only getting more important as the region develops and demand for other products increases.

Being close to export markets is key to mining companies managing their costs, and this means they don’t have a lot countries to choose from if they were to leave in response to a tax increase. This lack of choice over low cost locations will affect the bargaining power of resource companies when negotiating with the Australian government.

In the 18th and early 19th centuries, high transport costs threatened the viability of Australian exports and the economy had barely grown over its first hundred years. What saved the colonies was the Victorian gold rush, which brought prospectors and left empty ships that carried wool and wheat back to Europe.

Peter Robertson is a professor at the University of Western Australia.