A proposal to fix the Coles and Woolies problem 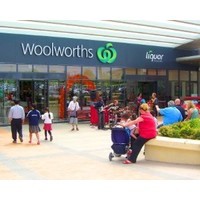 Just as Coles and Woolworths put out one fire, another has flared up.

For years, the two supermarket rivals have been defending their $1/litre milk, which critics say bleeds farmers dry. Now, both have announced they’ll do something about it, by buying directly from farmers or by introducing slightly more expensive milk in addition to the cheap stuff.

You’d think they’d be getting good press on this, but instead, the fight has shifted to rents.

On Wednesday, Harris Farm Markets co-CEO Tristan Harris urged the ACCC to examine the lease arrangements of Coles and Woolworths, who he said paid above market rates for space in malls just to lock others (and each other) out.

“Coles and Woolworths are looking well into the future in terms of where they can put down a store and are happy to run it at a loss,” he told The Australian Financial Review.

It’s an interesting argument. But frankly, even if the ACCC sorted out the rent issue, there’d be another.

Coles and Woolworths are fiercely competitive, but they’re also a duopoly. Their market clout means they’re impossible to compete or negotiate with on anything approaching even terms if you’re a little fish, which in the long run, won’t be great for either consumers or businesses. Every industry that deals with them may eventually cry foul.

So here’s a proposal to let everyone save their breath.

Republican presidential candidate Jon Huntsman had a great idea he wanted to apply to America’s banks. He figured given the government ends up bailing them out when they fail anyway because of their central importance to the economy, the solution is to tax them to begin with. When a bank has a certain market share, he said, we should just tax them and put the money in a fund to pay for their eventual taxpayer funded bailout. It’s insurance.

There’s virtually no chance of Coles and Woolworths going bust. The taxpayer won’t ever have to prop them up. It’s a far more stable business model than banking, so the taxpayer doesn’t need insurance. But maybe it needs protection from something else.

Businesses always want to grow their market share. There’s nothing wrong with that. The successful should thrive. But the government can shift the scales a bit in favour of greater competition through taxation.

Say any time a company like Coles or Woolworths controls 40% of a large industry, you start to tax it more, with the tax increasing as it gains greater market share.

This is an incentive to stay small, and a boost to competition. And it’s a boost to smaller business, which supplies and occasionally competes with these sorts of giants.

Coles and Woolworths don’t have to do anything illegal for it to lead to a less than ideal outcome for Australian consumers and producers. So instead of spending years crying out for relief from their perfectly legal conduct, why not disincentivise their size instead?