Analogue souls: What bricks-and-mortar businesses have over their digital rivals 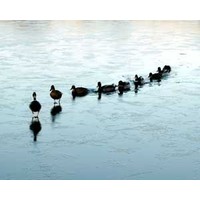 Over the past decade, Apple has become one of the most successful and widely copied companies in the world.

But it has been successful because it has never been just a technology company. At least, according to management consultant and futurist Anders Sorman-Nilsson.

He’s the author of Digilogue, which was formally released last week. In the book, he contrasts Dell and Apple, and comes up with a counter-intuitive reason why one languished while the other prospered.

“Dell offered digital mass-customisation,” he says. “Dell was famous for it. You went online, you ordered your computer, which you tailored to your needs, and a week later, a computer built just to your measurements would arrive in the mail.”

It worked. But it was totally devoid of any human activity. And while it as a cool way to order your computer, it wasn’t enough to ensure the company’s ongoing success.

“Apple has the highest sales of any retailer in the world per square metre. While its competitors were all going digital, Apple was figuring out how to build a connection with its customers.”

Companies are under constant pressure to adjust their business models to the digital age, Sorman-Nilsson says. The danger is that they’ll move too quickly to digitise everything, and thus lose the very things that help their customers form a connection to the business.

“At the end of the day, humans are humans and we crave the smell, the touch, the feel, the connectivity of the human voice. These are all things the digital world has yet to replicate. A computer interface can never replace a human face, at least not with our current technology.”

Ultimately, it’s a balancing act, one plenty of companies have gotten wrong in recent years.

For example, during the global financial crisis, Cisco came up with Telepresence, a web conferencing system, which was billed as a way for executives to save money on international travel.

It wasn’t the revolution Cisco was hoping for. And while there were a number of reasons for this, but Sorman-Nilsson says when it comes to closing deals, Cisco’s system has one key flaw.

“Until we invent virtual golf or virtual bars, we can’t replace international travel,” he says. Seeing someone face-to-face has value. When it comes to million-dollar deals, the cost is well worth it.

Legacy businesses must ask themselves a question, he says. They should ask what parts of their business can be digitised, and what parts must never be digitised.

“Businesses should be digitally amplifying what they’re already great at doing,” he says. “The key message here is that we need to tread carefully.”

And if you own a legacy business, you have something the start-ups in your sector don’t, Sorman-Nilsson says: a sense of legacy.

“The digital disrupters do not have this sense of having history, or of having a soul,” he says. “In many cases, they’re digitally devoid of humanity. And that’s the key competitive advantage of analogue, or bricks and mortar business.

“But bricks and mortar businesses need to stop singing in the analogue shower. They need to be amplifying their advantage through digital media and the like.

“Unless they start digitising that, more and more so they will never be found.”

Anders Sorman-Nilsson’s book, Digilogue: How to win the digital minds and analogue hearts of tomorrow’s customers, is available now.