An Australian artificial intelligence expert has warned that AI will have a “huge impact” on the country’s small businesses but believes SMEs are well placed to quickly adapt to significant changes in the market.

Emma Martinho-Truswell is the co-founder of Sydney technology consultancy Oxford Insights and has advised governments both locally and across the world on technology policy, having previously worked in the Department of the Prime Minister and Cabinet.

Speaking to SmartCompany ahead of the Creative Innovation Summit in Melbourne this week, Martinho-Truswell said the impending rise of artificial intelligence in businesses and the workplace will definitely have a material impact on businesses big and small, with smaller ones facing greater potential risk.

“Small businesses may be more specialised, and so they could find it harder to adapt when there are substantial changes in the market, and they don’t have as much money to invest as many big businesses do,” she says.

Martinho-Truswell doesn’t see AI in the workplace coming in through sweeping changes with huge disruption, however, saying businesses are more likely to see AI and humans working closely together in smaller ways.

She believes more decisions will start being made with input from AI programs, along with old-fashioned human judgement.

“For example, an AI tool might suggest an appropriate starting salary for someone based on an analysis of that person’s experienced compared with others in the market and salaries for similar roles,” she says. 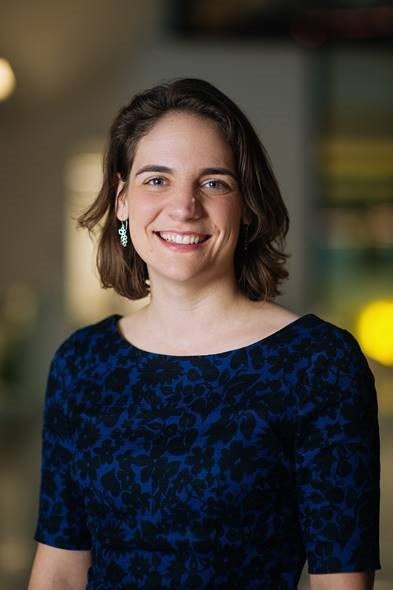 “But the final decision might be made by a manager taking into account intangibles like the impact of hiring that person on the morale of the company.”

The AI guru believes while SMEs are susceptible to the impending effect of AI, she also views them as well placed to take advantage of the opportunities given their size.

“Small businesses can more easily take risks and more flexibly make changes to the way their businesses runs (and even what they produce) to adapt to new technologies and a changing market,” she says.

AI will complement jobs, not take them

Asked if the rise of AI was likely to cost many Australians their jobs, Martinho-Truswell said while the nascent tech was likely to affect a large number of jobs, that didn’t always mean it would cause job losses.

Instead, she believes AI in its current form is unable to automate an entire job, instead just automating certain parts of it to make a job easier and workers more productive.

“For example, parts of an accountant’s job are easier to automate, such as collecting data and performing tax calculations, but other tasks are much harder to automate, like giving advice to a client on their new venture,” she says

“In many jobs, the parts that are automated are the least interesting part of someone’s job, so some of the impacts on jobs will be really positive.”

“But there will be job losses too, because if many tasks are automated within a company, that company is likely to need fewer people overall if they keep their overall production the same.”

Governments across the world will need to create proactive strategies to deal with AI’s influence, Martinho-Truswell says, and those strategies will need to be put into place urgently in order to prepare workers with new skills or help them adapt existing skills to new ways of working.

“Governments can also decide that there are some parts of the economy they want to protect from automation. For example, they might legislate to make sure that school students are taught by teachers instead of AI programmes, or that doctors need to be involved in certain diagnoses,” she says.

What business owners need to know

For business owners wanting to prepare for the advent of AI in the workplace, Martinho-Truswell advises they get clued in on three main things: the basics on how AI works, what AI is good at, and a bit about AI ethics so SMEs can better understand the risks of using AI.

“Business owners don’t need to be coders or to know how to train an algorithm to be able to make decisions about where to target an AI investment,” she says.

“Look around your business at areas that are ready for automation. Those are often areas where there is lots of data, repetitive processes, and clear outcomes that the business is trying to achieve.”

“Ideally they should also be tasks that people in the business don’t like doing very much, hopefully freeing up time for more engaging or strategic work.”

NOW READ: An evolving AI retail experience: Why buying groceries will never be the same

NOW READ: How the rise of artificial intelligence could cause the next Australian property bust