Asian partners: The future of Australia’s business relationship with Korea 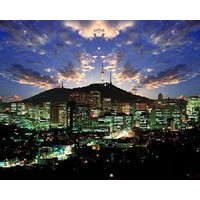 When Chung-Sok Suh arrived in Australia from South Korea in 1979 there were about 3000 Koreans living in Australia. He calls them the “first wave”. Today, the number of Korean Australians has increased to 150,000 or so, most of them based in Sydney. Importantly, many are second-generation Korean Australians, often bilingual, and a key resource in the developing relationship between the two countries.

With Korea now Australia’s fourth-largest trading partner, this new generation has an important role to play as a bridge between the two countries. It is also a trading relationship where Australia enjoys a significant surplus.

Korean brands such as Hyundai, Kia, Samsung and LG are part of everyday Australian life and investors such as POSCO are a strong presence in the Australian resources industry. Around 50 Korean companies are active in doing business with Australia, while 100 Australian companies have activities in Korea.

Suh is also playing a key role. As professor and executive director of the Korea Research Institute (KRI) at the Australian School of Business, Suh is at the heart of economic, academic and cultural collaboration between the two countries. The KRI’s mission is to function not only as a centre for research but as a cultural and educational bridge for Australians – and Australian companies – seeking to develop their relationships with Korea.

KRI activities have spanned a language, politics and business. The institute has made a key contribution to promoting Korean language study in Australia through a two-year project that began in 2009, which linked primary, secondary and tertiary Korean language studies. It has also contributed to policy with symposiums looking at relationships between South and North Korea, and is active – in a multilateral co-operation project with Korean institutions – in forging links in eight Southeast Asian countries and 10 regional universities.

Despite the economic strength and size of Korea’s bilateral relationship with Australia, Suh sees it as still evolving and gathering momentum as the two countries understand more about each other, despite great strides in recent decades.

They are building on a solid base. The Presbyterian Church of Korea, with one of the largest Presbyterian memberships in the world, was founded with the help of missionaries from Melbourne in the late 19th century. From the 20th century, Koreans remember with gratitude the contribution made by 17,000 Australian soldiers in the Korean War of the 1950s, in which 340 Australians lost their lives.

“Despite this, the average Australian businessperson takes a while to learn the difference between Japan, China and Korea,” says Suh. “If someone is aware of China, then they tend to act the same way to Koreans, and if they have been dealing with a Japanese company they tend not to pay attention to the differences. Companies are taking extra efforts to understand Korean business culture but it will take a bit more time.”

Korean companies, in contrast, have worked hard to successfully adapt themselves into the Western business environment and are now finding significant global success as a result. In some cases, they have modelled themselves on Australian companies and organisations. POSCO, for example, followed the lead of BHP’s iron ore and steel division, while the Korea Advanced Institute of Science and Technology (KAIST) looked to the example of Australia’s CSIRO.

Perhaps the most active Australian company in Korea is Macquarie Bank, which established a presence there in the late 1990s and has a strong alliance with Korea’s Shinhan Bank, and is involved with some of Korea’s largest infrastructure projects.

“Macquarie saw the opportunity in Korea in around 1997 and began investing heavily,” says Suh. “But there are many more opportunities for partnership between Korean and Australian companies. Korea is quite good at commercialising technology but Australia still has a comparative advantage in basic science and research, so we disseminate information in Korea on Australian leadership in selective technology. There is scope for further improvement in that area, too.”

The work of the KRI is culturally focused in addition to business. One project has been input into a benchmarking study on the Australian experience of multiculturalism, which is gaining momentum in Korea as migrants arrive from Southeast Asia, and also from Central Asia.