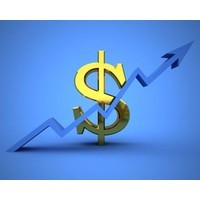 As the tail of the global financial crisis grows ever longer, mid-sized companies are finding it increasingly difficult to raise capital despite our relatively protected economy. Banks are keeping a tight rein on debt finance, retail investors are very cautious, and private equity fund managers are driving a hard bargain while they have the upper hand. The new Australian Securities Exchange (ASX) capital-raising rules, starting next week, offer a new option.

From August 1, a listed company that is outside the S&P/ASX 300, and under a $300 million market value, will be able to issue up to 25% of its market value (issued capital) to raise new capital. Anything above 15% requires special shareholder approval.

“We have got to make it easier for companies [outside the ASX 300] to raise capital,” says David Horsfield, the CEO of the Stockbrokers Association of Australia. “We need to encourage people to invest in companies; especially those that are running out of cash.”

Opposition to the changes, proposed by the ASX in April, has come from shareholders groups, such as the Australian Shareholders’ Association. CEO Vas Kolesnikoff told ABC News Radio that retail shareholders risked being locked out of the new issues by institutional investors snapping up big parcels at discount prices.

The ASX has changed the final rules substantially to accommodate the critics and protect shareholders. Most disappointing is that companies must be outside the S&P/ASX 300 to take advantage of the rules; in the first proposal, they simply had to be under a $300 million market capitalisation (see detail on rules and changes below).

While the changes are welcome, they will not make it easier to raise capital from retail investors, who are currently unwilling to back even brand-name stocks, such as surfwear company Billabong, online recruiter Seek, and toymaker, Funtastic (See our recent story for the reasons.)

“You have seen large companies with shortfalls on rights issues recently,” Horsfield says. “It is very difficult to raise money. Volumes are light.”

Typically, retail investors will shun the kind of risk represented by most companies under the ASX 300. Institutional investors and sophisticated investors (wealthy individuals) are more willing to take the risk in this kind of investment. However, these groups prefer to invest bigger amounts, and the additional 10% on offer will make the raisings more appealing to them.

The key elements of the new capital-raising rules

In addition to the current rules that allow companies to raise up to 15% of their market capitalisation:

ASX has also updated admission requirements, by increasing the net tangible assets test for admission from $2 million to $3 million (rather than the proposed $4 million) and the ‘spread tests’ (number of shareholders and value invested) have been amended and liberalised.