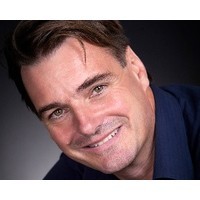 Yesterday’s story that Atlassian – one of Australia’s few genuine high tech start-up success stories – is moving its domicile to the United Kingdom illustrates a deep malaise in the nation’s business and political cultures.

Late last year I interviewed the head of London & Partners, Gordon Innes, about how the UK capital’s economic development agency was working on establishing the city as a global tech centre.

Innes was proud of how his agency, the different levels of British government and the country’s tech community were working together to attract entrepreneurs like Atlassian’s founder Mike Cannon-Brookes and Scott Farquhar to the city.

“There were a number of new policy initiatives that were developed,” said Innes in describing programs like the Small Enterprise Investment Scheme, UK Entrepreneur Visas and changes to taxation on employee share options.

Ironically, Atlassian’s founders were among the leaders of the Australian tech community lobbying successive governments for similar changes to local tax and immigration laws.

Unlike Australian politicians the UK government was prepared to listen to, and act upon, the views of the entrepreneur and small business communities.

“I think what was great was that they were developed with the tech businesses so there were monthly meetings at Number Ten (the UK Prime Minister’s office) with the Prime Minister’s digital advisor, with our team and the Mayor’s advisor,” says Innes.

“There were a whole range of initiatives that the community asked for, changes to the tax credits for R&D, an important one was the Entrepreneur Investment Scheme but also linked to that a recognition that you need potential angels and high net worth individuals to be educated about investments in tech.”

It’s notable that different levels of British governments worked together to address the issues.

The idea that different levels of government can work together in Australia is laughable – shortly after my interview with Innes the NSW Premier Barry O’Farrell had to slap down the Federal Education Minister Christopher Pyne over changing agreed funding arrangements without any consultation.

O’Farrell and Pyne are nominally both members of the same political party, illustrating how Australia’s political classes can’t even consult with each other let alone engage with the wider community on essential policies and programs.

What little consultation done with business involves doing deals with the duopolies that dominate Australia’s increasingly insular corporate sector. The composition of the federal government’s Business Advisory Council is a shining example of the inward nature of what passes as consultation in Australia.

On returning to Australia, this writer asked Treasurer Joe Hockey if the federal government would enact some of the reforms implemented by the UK administration. His response was “they are under consideration”.

The Howard, Rudd and Gillard governments all considered those reforms and nothing was done. In the meantime other countries, not just the UK, are making the changes required to attract companies like Atlassian.

It’s quite likely the only ‘business friendly’ reform from the first nine months of the Abbott government will be a change to GST on overseas purchased goods to protect retailers like Myer, who managed to become a global laughing stock when the company’s website collapsed for a week over the busiest trading period of the year.

Despite the international humiliation, Myer’s stock price actually rose following the debacle, which in itself is an indictment of the flaccid Australian investment community that has grown comfortable on the steady flow of compulsory superannuation contributions.

The tragedy for Australia is the nation has sleepwalked into becoming a high cost economy suffering the Dutch disease, where a commodities boom destroys the country’s competitiveness.

Economist Ross Garnaut points out in his book Dog Days – Australia after the Boom that no other developed country, even the Dutch during the 1970s North Sea Oil Boom, have had such a massive boost to their terms of trade as Australia had in the 2000s. We did nothing with that opportunity.

The loss of Atlassian illustrates the struggle that the Australian economy is going to have to work hard in a far more competitive and less friendly 21st Century. Whether we, and our political and business leaders, are up to the task is the question that’s going to define the country’s future.

When our grandchildren ask us “What did you do in the boom, granddad?” will your answer be any better than those of our political and business leaders?

Paul Wallbank is the publisher of Networked Globe, his personal blog Decoding The New Economy charts how our society is changing in the connected century. Paul has helped businesses and communities adapt to the age of computers and the internet for the last twenty years.