Budding boom: All you need to know about Australia’s stake in the fast-growing cannabis industry

Whatever the phrase, Tosh’s 1976 song and album by the same name, Legalise It, was more than just proof of his talent as a solo-artist after splitting from Bob Marley’s band the Wailers.

More than 43-years later, cannabis, a plant with an ancient history, is a $20.1 billion dollar legal industry worldwide and is expected to more than double in size over the next five years.

In pursuit of new medical treatments and enough tax revenue to build hundreds of schools, governments around the world have heeded Tosh’s advice.

In Australia, that journey is just getting started. In 2016 the federal government planted a seed for a local medicinal cannabis industry, and while barely three years old, business is already being done.

Cannabis entrepreneurs are cropping up all over the place in Australia as early movers get ready to cash in on what could become a $1.2 billion industry over the next 10 years, according to figures put together by prohibition partners last year.

The Greens, citing Parliamentary Budget Office findings, believe the industry will grow to $2 billion over the forward estimates.

Cannabis: The state of play

The legal framework around medicinal cannabis in Australia is still evolving and remains tightly restricted, but patient numbers are on the up.

Look no further than Australia’s capital, where the ACT Legislative Assembly is considering actually decriminalising possession of under 50 grams of cannabis this week.

At the end of 2017, there were 158 approved medicinal cannabis patients in Australia. By the end of January this year there were 2,800, according to TGA figures. Slow, but steady.

Now, after the Therapeutic Goods Administration moved to streamline the application process for medicinal cannabis patients last year, the industry is preparing for a boom.

Adam Miller is the founder of BuddingTech, a consultancy firm dedicated to Australia’s emerging cannabis industry.

Miller is predicting medicinal cannabis patient numbers to surpass the 120,000 mark in the next four years as education programs aimed at getting doctors across the country familiar with prescribing the drug take off.

“There will be a time, and it’s getting closer, when enough doctors will have been convinced of the evidence, whether it be clinical research or anecdotal, where cannabis could be considered a first-line treatment.”

Despite legislative reform in large international markets like the US and Canada, medical cannabis research is still in its relative infancy after decades of complete prohibition.

That, according to Miller, makes Australia’s emerging industry ripe for disruption, with existing products in the market still limited to relatively “primitive” oils and tinctures. 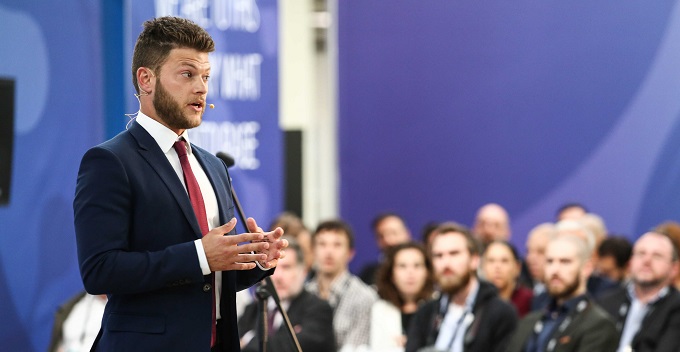 “We’re still in the dark ages of cannabis research, there’s a renaissance going on, but we’re dealing with 500 compounds in this plant,” Miller explains.

So what does Australia’s cannabis landscape look like, and where do the opportunities lie?

How is cannabis prescribed?

To date, there are 58 approved practitioners across the country who can prescribe medical cannabis products to patients within a segment they’ve been approved to administer by the TGA.

For other doctors, the TGA’s special access scheme requires an application form to be filled out for each patient, detailing their medical history and justifying why medicinal cannabis is an appropriate treatment.

It’s an onerous process, however, Australia is unlikely to stray from it anytime soon, despite more open medicinal models being developed in the United States and elsewhere.

However, by keeping the model restrictive, it’s also much easier to capture patient data, allowing medical researchers, doctors and regulators in Australia to understand medical cannabis in a way that’s impossible in other markets.

Spearheading more widespread adoption of cannabis among doctors are emerging businesses which are specialising in cannabis prescription.

Over the last six months one such business, Cannabis Access Clinics, has opened up practices in Melbourne, Sydney and Brisbane, specialising in the regulatory hurdles surrounding cannabis prescription currently.

Right now cannabis isn’t a first-line treatment in Australia, meaning clients must be screened, requiring “conventional treatments” to have failed to fix a medical issue, and a letter of support from a patient’s GP or specialist.

The TGA has, however, introduced an online system allowing special access scheme applications to be lodged online, while those in some states can submit an application to both the state government and the TGA at the same time.

That might not sound like a big change, but the streamlined process is helping to boost patient numbers and buoying investors.

Meanwhile, the Medical Cannabis Council, a group set up to lobby governments on behalf of the industry, is focusing on securing further reform to improve patient access in 2019.

Blaise Bratter, general manager of the council, tells SmartCompany that’s not the only thing on the agenda.

Bratter says the council wants to “create a system to allow patients to drive when on medicinal cannabis (when it is safe to do so)”, as well as increasing funding for the Office of Drug Control to speed up license approvals for farmers.

Politicians around the country are waiting for the completion of a review into the Narcotic Drugs Act, slated for October, to decide where to go next with medicinal cannabis regulation in Australia.

“I believe it is unlikely there will be any significant changes to legislation if the Coalition returns to Government in the upcoming election. A Labor Government, however, may be more inclined to implement reforms,” Bratter says.

Rolling in the green

With a growing number of doctors, specialists or otherwise, seeking to prescribe cannabis, someone has to grow all that green.

Cannabis farmers are on the rise in Australia, largely thanks to state and local government interest in job creation.

Back in 2016 Victoria became the first state to legalise medicinal cannabis and has been investing since, attracting $30 million in investment earlier this year from Canadian company Cannatrek to expand production and manufacturing locally.

“Go back a couple of years and this industry didn’t exist,” Andrews said of the investment in January.

“We built it from scratch – because the sick kids who rely on medicinal cannabis are counting on us, and we won’t let them down.”

In Queensland, international business Asterion Cannabis is trying to set up a $10 million growing facility on the outskirts of Toowoomba.

Getting into the supply side of Australia’s medicinal cannabis industry isn’t easy though, the Office of Drug Control is responsible for reviewing applications for licenses and is notoriously strict.

Miller says he’s worked with companies who have had to wait for over a year to receive approval for growing facilities, which has stifled early growth in the industry.

“We’re still a few years off from seeing a fully operational and systemised medicinal cannabis industry in Australia,” he says.

However, as new players enter the market, supply risks becoming saturated. As that happens, Miller says distribution is becoming a bottleneck in the industry.

Over the last decade the so-called “cannabis clinic” became common fare in many American states with medicinal cannabis laws, combining doctors specialising in prescribing the drug with dispensaries selling products.

Chemist Warehouse got stuck in last November, doing a deal with Bod Australia to add cannabis oil to its shelves.

But cannabis products are still prescription only in Australia and will be for the foreseeable future, so pharmacies are going to be the only places where retail is viable.

That’s good news for existing pharmacies, but those trying to get into the industry should proceed with caution, as it’s unlikely cannabis alone can support a business, unlike in other markets around the world.

The availability of cannabis products in Australia remains limited and is currently dominated by cannabis oils and tinctures.

While doctors are unlikely to prescribe smoking or vaping cannabis anytime soon, product innovation in the industry is expected to drive business opportunities in the coming years.

Overseas cannabis products in the form of edibles have become popular, while there are plenty of accessories businesses making money off the trade, legal or otherwise, indirectly.

Speaking of legalisation, how likely is that in Australia?

While politicians in the ACT are already debating a form of decriminalisation, such a move would likely be blocked by the federal government.

The push for legalisation or decriminalisation is gaining political momentum, but there are a wide variety of international agreements and laws Australia is party to which would preclude legalisation.

Internationally, Australia’s neighbour New Zealand is gearing up for a referendum on recreational cannabis in 2020, while Canada legalised the drug for recreational use last year.

There’s often a line drawn between the prevalence of medicinal cannabis and eventual recreational legalisation, but Miller urges caution.

“If we do get adult use we will lose critical data that will help us understand how cannabis works as a medical treatment,” he says.