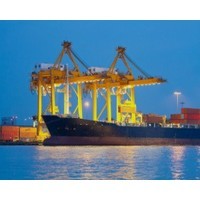 Our mining exports helped us avoid the global financial crisis, we commonly tell ourselves. The high dollar is why exporters, and by extension New South Wales and Victoria, have had a rough time in the past few years, we continue.

But when it comes to exports, the common narrative hides plenty of subtleties about where our real economic prosperity lies.

Here are three myths about exports, all, to varying degrees, false.

Myth #1: Exports are vital to the Australian economy

The first myth goes to the relevance of exports to our gross domestic product.

By global standards, however, Australia is far less reliant on exports than almost all the other nations in the OECD.

Canada got a third of its GDP thanks to exports over the period. France normally gets just over a quarter of its economy from exports. Even New Zealand exports more than us.

The only OECD countries to whom exports are less important than they are to Australia are the United States and Japan.

This doesn’t suggest exports aren’t worthy of our focus. Most nations are onto a good thing – export growth is highly correlated with economic growth. But at the moment, perhaps due to the tyranny of distance, our exports aren’t the be-all and end-all of Australia’s economic prosperity.

Ask most people what got us through the global financial crisis, and they’ll answer in one world: China.

But truly, China, while our single largest export destination, accounts for just under a quarter of all our exports in total. Our exports to Japan and Korea taken together are roughly equal to our exports to China.

Our export partners are remarkably diverse, meaning there’s opportunities everywhere for Australian businesses keen to branch out. Our top-five export destinations together make up just half of our exports in total, according to government figures.

Myth #3: The high dollar is killing our manufacturing exporters

This myth is only half-false. But it certainly obscures far more than it illuminates.

The DHL Export Barometer has been published since 2003, and is a measure of exporter confidence.

And it shows it’s not manufacturers who say they’ve lost the most from the high dollar. Instead, it’s agricultural exporters and tourism operators who say they’re the most affected.

The importation of components in manufacturing, lowering production costs, is the little-known story behind the high dollar. According to the DHL Export Barometer, 74% of exporters now also import some of their components, up from 35% two years ago.

The effects of its recent fall are likely to be complex, too.