Australia ranks on innovation – but indolence could cost us 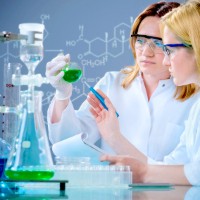 This year’s news on Australia’s global innovation ranking could be a lot worse, and probably will be in the future if the Federal Government gets its way with proposed budget cuts to our already inadequate science, technology and innovation programs.

For the time being at least, G20 summit host Australia ranks 17th in the just released 2014 Global Innovation Index (GII) up from 19th in 2013 and 23rd in 2012. This puts us a long way behind the innovation leaders – Switzerland, UK, Sweden, Finland, Netherlands, US, Singapore, Denmark – including comparable small countries. But with steady improvement over recent years, we are still ahead of many others, as we should be.

The GII is published annually by INSEAD, Cornell University and the World Intellectual Property Organisation (WIPO) and is unique among such reports in measuring both innovation capability and outcomes. These include criteria relating to a nation’s human capital and research, the creation, absorption and diffusion of knowledge, the quality of institutions and infrastructure and the role of innovation related investment and linkages throughout the surveyed economies.

The challenge for Australia is particularly acute with the end of the commodity prices boom, as the huge increase in our terms of trade in the early 2000s masked a serious deterioration in our productivity performance which had previously been the main source of increases in our national income. While productivity growth has bounced back somewhat in the last two years, it will not be adequate to ensure the competitiveness of the non-mining sectors of what is now a high cost economy in global markets.

This is why innovation is critical to driving productivity and promoting new sources of growth, such as knowledge-based manufacturing and related services which still comprise almost 70% of world trade. Innovation is usually associated with research and technological development, but equally it may involve non-technological changes, such as business model transformation, design and systems integration and high performance work and management practices.

The GII is an attempt to capture these influences on economic growth and competitiveness, despite the difficulty of identifying reliable metrics across 143 very diverse countries covered in the annual report. The index comprises an innovation input sub-index which includes the institutional environment, human capital and research, infrastructure, market sophistication and business sophistication. In addition, an innovation output sub-index includes knowledge and technological outputs and creative outputs of various kinds.

The final GII score is the average of these sub-indices, and the “innovation efficiency ratio”, which shows how much output a country is getting for its inputs, is the ratio of the output sub-index over the input sub-index. The advantage of this approach is recognition of the significance of national “systems” of innovation for achieving superior performance.