Australia shouldn’t compare itself to the “broken economies” of the OECD: CPA chief 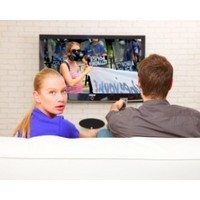 Australia is making a mistake by comparing itself to the slowing economies of Europe and America instead of fast-growing, dynamic economies found elsewhere, CPA Australia chief Alex Malley told the National Press Club yesterday.

Australia’s growth has led the OECD, but trails the growing economies in Asia. “We shouldn’t be pleased about beating broken economics,” Malley said. “We should be aspiring to compete against markets that matter.”

“[If] we constantly compared our growth levels against those who are growing more quickly, I think that creates an aspiration, as opposed to being comforted by beating those who … have got some significant systemic issues.”

Instead, Australia needs a “fire in the belly to compete with emerging economies who are driven be extraordinary ambition.”

Malley was speaking to launch a book commissioned by CPA Australia and written by The University of Hong Kong’s School of Business professor Michael Enright and Macquarie School of Management executive director Richard Petty on Australia’s competitiveness.

The book is being sent (“slammed on the table of”) to every politician in the country.

Malley said Australia suffers from a belief that it has a competitive advantage in categories such as services which emerging economies must access to grow.

This belief is unfounded, he said.

“To the credit of the emerging economics once they pick up the issues [and] learn the process, they do it themselves. That is a brand new challenge for this country.

“A child born today will spend their entire schooling and working life with China as the world’s largest economy. That’s why competitiveness matters.”

Malley said that Australia lacks a culture of innovation. While we support the concept in the abstract, we are reluctant to allow and support businesses trying new things, fearing failure rather than stagnation.

“At the core of the emerging markets, there is the culture of innovation and that’s what we need to create again. The challenge for us of course is that we do not have the burning desire that perhaps we had when were in an economy that was in growth and post war. “

“Back in 2010 the Government committed to a fast train inquiry. It took 32 months to release its report. It came out last month. The report outlined a 50-year timeframe to complete 1,748 kilometres of track linking Brisbane to Sydney, Canberra to Melbourne and a handful of cities in-between.”

“Now, consider back in 2008 China took just 38 months to lay 1,318 kilometres of track for their fast train between Beijing and Shanghai. It’s done.”

“China now has a fast train. Australia has a 50 year plan.”

Malley also issued a call to his colleagues in the business community to move past reflexive mistrust on issues of industrial relations for the good of the country.

“We need to open the dialogue. We need to trust each other again and we need to have the right debates.”