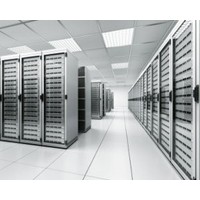 In the supermarket wars, the targeted use of customer data to drive sales is a key battleground.

Woolworths and Coles have both invested in their loyalty programs, which allow them to gather information about their customers and better target their marketing to these customers.

“[Woolworth’s stake is] 50%, but non-controlling,” Davis told SmartCompany. “So the existing directors and shareholders will remain in the business.

“We’ll take over some of their analytics functions, but we also retain full management and complete client confidentiality with our existing clients. It’s a very exciting period for us to take the business to the next level.”

Quantium was founded in 2002 and today employs 200 people. It works with numerous corporate clients like NAB, Qantas and David Jones in addition to Woolworths.

Davis says the buzz around the term ‘big data’ has certainly generated far more interest in services such as those his company provides. “But frankly, we’ve been doing sophisticated data analytics and trying to understand customers better for ten years, and the industry goes back even further than that.”

At its founding, Quantium primarily offered actuarial consulting, which helps insurance companies assess risk. However, as more and better data about consumer behaviour became available, its client list has swelled into new categories.

Cameron Boog, a director of Smart50 winner data analytics company InfoReady, says Australian corporations are years behind their counterparts in the United States, where companies like Sears have been using big data “for years”. However, he says, Australian companies are definitely “starting to get it”.

“There are elements, of course, that don’t, and we have to explain to them what we can offer. But there’s a big push for this sort of stuff, particularly from marketing departments, who want to get the most value out of what they’re doing.

“The companies that lead this will be the ones that get the most competitive advantage out of it.”

But while large corporations are leading the push, Boog says it’s something all businesses should be considering.

“There are constantly better tools to do this, and the barriers to entry are still quite low. It’s important for SMEs and mid-market players as well as big business.”

Dr Hamin, a professor of business at Macquarie University, said using data for business insights remained too expensive for many small businesses.

“Over time, it may become more effective to use big data,” Hamin said. “But at the moment, small and medium-sized companies wouldn’t necessarily get value for money.”

This is part of why Australian businesses have traditionally been a little behind in their adoption of data analytics, Hamin says.

“In terms of technology – and access to technology – Australia is very advanced. There’s a good infrastructure base here. So adopting data analysis is easy.

“The challenge is population. Australia is a fairly small market – just 23 million people. A company like Woolworths can have data on most of them because it’s such a broad company and offers so many different, necessarily services. But few companies are like that.”